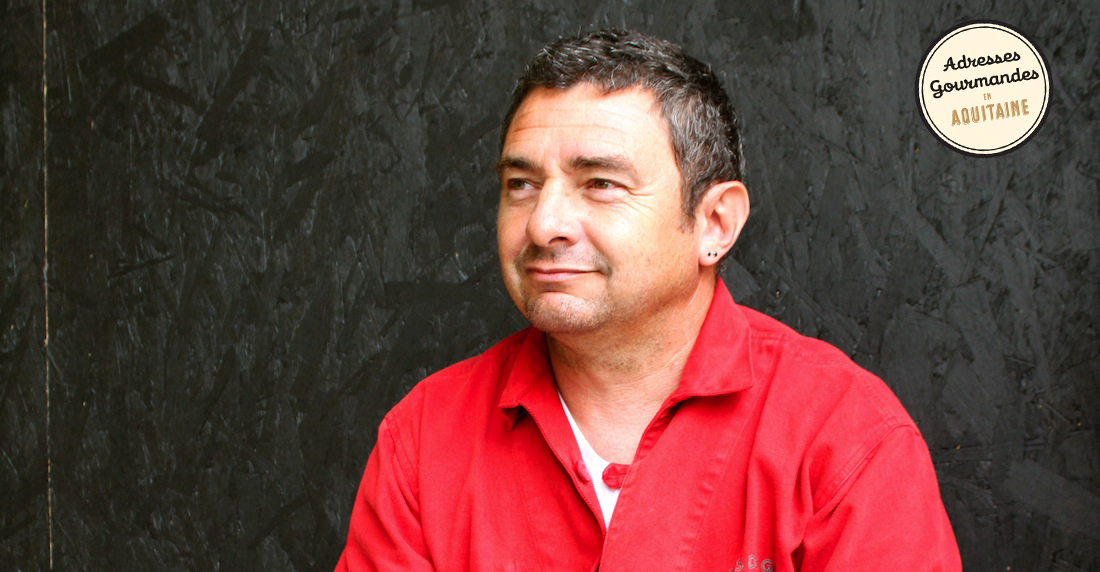 The lamprey man
By Sonia Moumen

Lamprey fishermen are a bit like notaries, the job usually passes from father to son. Eric Montillaud, two small black earrings in his left ear, 43 years old, built like a rugby player, has not escaped this rule. In 1996 he took over from his father. ‘At the time, my father fished everything going’, and in his sing song accent he reels off the names of fish which most people have never heard of, some of them with a precarious existence: shad, elvers, eels, white estuary shrimp, and of course the lamprey.

The lamprey, the undisputed queen of the turgid waters of the Garonne and the Dordogne rivers, the child of ocean waters, which travels up the estuary at the will of the tides and in response to the call of fresh water. The unloved lamprey with its sucker mouth and vampire nickname.

But too bad if no one finds the lamprey pretty, because Eric and his fellow fishermen find it utterly beautiful: ‘Us fishermen find the lamprey really beautiful! It is a fish that is great to catch, when it fights in the nets…’ his voice trails off and there is a far off look in Eric’s eyes as he loses himself for a moment in a reverie of the heroic combat between fishermen and lampreys. It is the battle of Captain Ahab and Moby Dick, it is the ancient combat of men tussling with a monstrous grimacing creature rising from the depths of time immemorial. The reality for Eric Montillaud is a lot more prosaic: he does not fish lamprey with knife between his teeth, but equipped with traps or nets, it depends. On the ebbing tide,he spreads his nets in the Dordogne and traps what the water offers him. With his traps he hopes to catch some intrepid lampreys. Like all lamprey fishers,Eric is entitled to catch 150 fish per season. No more. He collects his traps once a week and every time it is a surprise. ‘Some of them get away, they are dead clever these things!’

After they are caught it is time for cooking
With these things, Eric likes little onions. After fishing it is time to bring the catch to the kitchen. A long, fastidious task that no lamprey fisherman wants to show you or even talk about. One thing is clear, it is a very bloody process. But for Eric his queen with her fine flesh and lack of bones, with the skin so soft and free of scales, is worth all the effort. ‘You just have to love it’ sighs the lamprey man. For the sake of this fish he has gone into the kitchen and reinvented the classic dish of lamprey � la bordelaise: a recipe based on red wine and leeks, which highlights the sweetish taste of this odd fish. Eric is right, the lamprey cooked in this way is no longer a fish, it is something else, a taste and texture which is both indefinable yet subtle.

He also invents preparations and recipes capable of raising it to another level, such as lamprey rillettes ‘everyone wants them!’ And if you ask what he puts in the rillettes with their peculiar slate grey colour, he becomes strangely silent, but grudgingly admits the presence of salt and pepper. ‘There are some things that you cannot say. It is my secret, I took a lot of time to get it right.’ With the same excitement, tinged with a peaceful contentment, he talks about his lamprey with shallots and red peppers. ‘I am not a cook but I like that. I spend a lot of time on the water, day and night. It is true that in my laboratory I am happy making my conserves. I test, and then I try it out on my friends.’

The Garonne and the Dordogne on the horizon
His friends come round to his home that looks out onto the Garonne: ‘at daybreak and dusk, it is magnificent. Unless the mascaret, a tidal bore,occurs, these are calm waters. Hardly anyone sails the waters except for Airbus and two pleasure boats.’ Although Eric lives beside the Garonne, he goes to the Dordogne to fish: ‘I go up to Sainte-Terre where I have my lamprey traps, up to Castillon as well, the water is always green there, it isn’t the colour of mud like the Garonne.’ And if the scenario seems idyllic, don’t be fooled, lampreys and the lamprey fishers are becoming increasingly rare. ‘There are more than 46 professional lamprey fishermen, there used to be 100 about 7 or 8 years ago.’ The President of the Gironde professional freshwater fishermen says ruefully.

But fishermen are a bit like notaries, Eric could perhaps pass on his know how, his boat, traps, nets and culinary secrets to his son? His reply is emphatic: ‘I have two children and I have forbidden them to take up this job.’