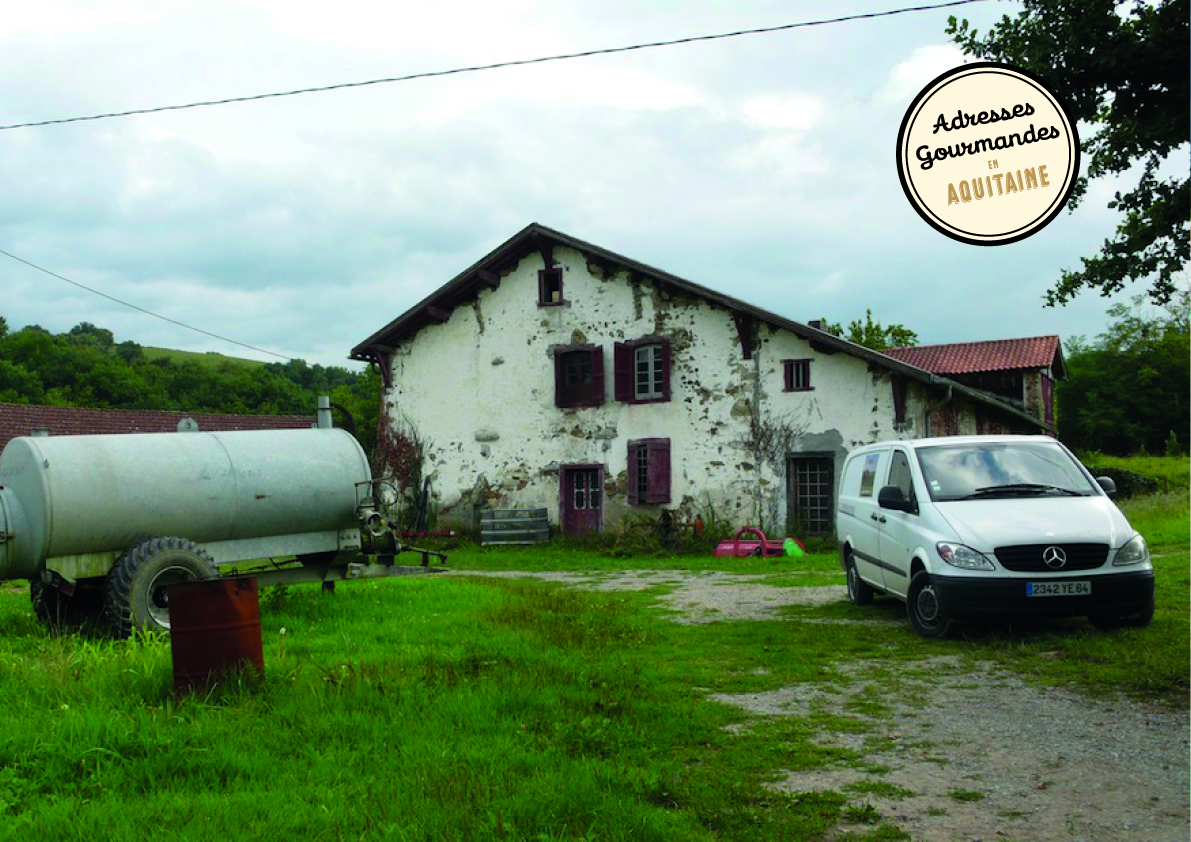 ‘People come and go, the farm remains.’
By Pierre Hivernat

In agriculture and livestock farming you should be wary of models. And yet. Here’s a duck producer who has tried every type of intensive production until he realised that less and better could lead to the same profit if not more, in short, a model for the future and in addition Jean-Michel is a militant.

You arrive at the farm, passing by the church on the way. If the gods of agriculture and smart farming exist, they are probably installed in the bell tower of Saint Jean Baptiste at Domezain-Beraute. They have also visibly influenced Jean-Michel’s ideas about eternity, as he welcomes us by stopping us short with the portentous remark: ‘People come and go, the farm remains.’ It is simple and logical but it is a philosophical turn of phrase. ‘My father was an agricultural labourer like my grandfather before him. I was the youngest in the family and I was soon enlisted to work for the family. In 1982, I was in charge of 11 hectares and at the time we just did what we were told to do, or rather whatever the grants and subsidies dictated.’ So it was sowing maize with the trailers according to Brussels, and then ducks and geese, so that we didn’t break totally with local tradition.

Confused, Jean-Michel felt that this system was not good for the land or for its people and not at all forward looking. Prices fluctuate, development in the framework of proposals dreamed up by civil servants in their offices fails to convince him in the long term. He made some attempts at diversification, and in 1988 even marketed a marsh hare pâté, a clever marketing ploy to disguise the real word coypu, the skins and furs of which do sell very well. ‘In 1986, I got out my calculator and I realised that if I increased my duck production which was a stable market, I could largely compensate the varying income for the maize. In 1988, I decided to go out on a limb and only raise ducks, but I did it the way I was taught at school. The ducks were fed with industrial grain and kept in cramped conditions. It is this concentration that causes disease and which then requires use of antibiotics. In short, I did not like it at all. To promote a different model, that year the Association of Basque Country Farm producers was created. We drew up a charter with the aim of providing a true definition of what it means to be a farmer. At the time there were 45 of us, now there are 250 farmers. In 1988 no one took us at all seriously, the President of the Agricutlural Board treated us like gypsies.’

OK, so, what does a real farmer look like? The Mecca for happy ducks is about two kilometres away. First, you notice that the grandfather’s original farm is still standing but undergoing repairs, so that soon it will be ready for the coming generations, in line with Jean-Michel’s philosophy. We are welcomed by a gaggle of pretty Maran hens whose main purpose is to lay eggs when they are not scratching around their domain which must seem huge to them, and where they can forage for food just like their warrior sisters the wild hens. A minor diversification which is beginning to gain ground in Jean-Michel’s enterprise. But this place is above all else designed as a paradise for ducks. From their beginnings in a state-of-the-art hatchery, to their dips in the stream that borders the property, the webbed creatures know only one thing: nature. 3,700 ducks lead a full life on permanent holiday on the 10 hectares with the maize plants providing shade when it gets too hot, the stream to refresh themselves, and the best grains to eat, cooked by Jean-Michel himself.

The scenario would not be complete without ensuring that the rest of the production chain provides guaranteed quality. Return to the church. ‘I built a processing facility in 1991. There too I tried to innovate, so that right to the end, the animals’ well-being was ensured. Here the ducks are crammed in decent conditions with vital space to move. We have battled in the Association to make sure that our regulations and standards are observed, but industrial production has succeeded in bending the rules to concentrate more animals and thus make bigger profits. Ultimately though, it is the consumer who decides.’ Really there is no comparison. The foie gras mi-cuit, magrets and confits at Maison Berho can lead to some potentially serious addictions. And as Jean-Michel is not afraid of innovation, he taught himself about computers and is now able to proudly boast that 40% of his sales are online through his home-made website with guaranteed prompt delivery. ‘I could increase production, but I don’t intend to, that would affect the quality.’ You just have to take the plunge.