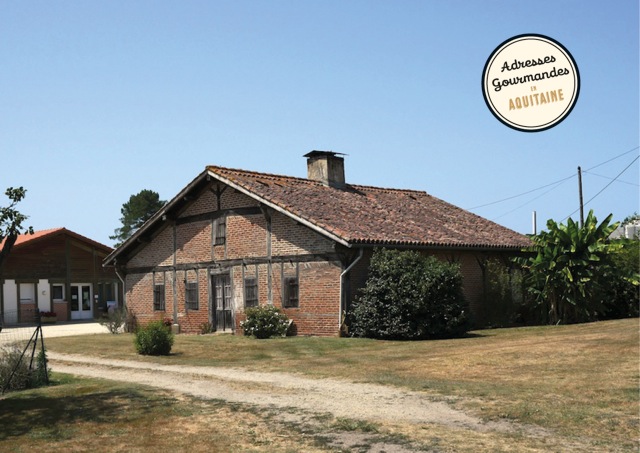 The madonna of the Landes farming women
By Sonia Moumen

Céleste may well have a name with connotations of lofty places, but her feet are firmly planted on land. And what a land! That of her husband Jean’s family, the man she married in 1978 when she was little more than a girl. ‘My in-laws gave us some land and said: you will grow maize and keep poultry.’ It wasn’t really Céleste’s thing, she hadn’t planned to be a farmer, but right up until the present she has never really been able to make her own choices…

‘I was taken out of school at the age of 16. My parents were Portuguese and I was the second of seven children. Seven mouths to feed! Just imagine! They found a job for me with Doctor Puyo at Lit-et-Mixe. There, until my marriage, I did a bit of everything; appointments, visits, bandaging, child minding… And then aged 19, I got married.’

Learning on the job
By marrying a farmer’s son, Céleste became a farmer’s wife. She learned her skills on the job to the point where her parents-in-law retired, and the young couple took over. They decided to vary the livestock rearing and to send Céleste to college so that she could study for her Professional agricultural studies diploma (BEPA): ‘They thought that I had the physical but not the intellectual capacity to run a business!’ she still laughs about it, ‘I learned to do profit and loss accounts, statements, to calculate margins, to do all the accounts.’

And that was Celeste’s destiny as the daughter of a Portuguese goat keeper who arrived in France in 1965, aged 7 and without a word of French. Because intellectual capacity she has in spades! Above all because she has the intuition needed to know what to do in terms of development and diversification on the farm. ‘At the time we sold our fowls to the cooperative live, but I wanted more of a farmyard chicken with a better finish, one that was oven ready. It is what people wanted.’ And that is what they always want: Lanès Farm now sells most of its poultry (90%) ready to cook. Chicken, but also quails, ducklings, pigeons, and guinea fowls, all slaughtered on site since 2004. ‘We waited 2 years to get the building permit for the slaughter room. They spun it out so that we would abandon the idea, but we hung on!’ But that’s Celeste, tenacious when she thinks that she is right, and an astute operator when needed in the face of adversity.

A bit of adversity, a lot of inventiveness.
And adversity in poultry farming, it is a bit like the sky, it can easily fall on your head Like when bird flu struck and Celeste’s poultry led what seemed a charmed life in that regard, but the customers were worried and kept away. That was all that was needed for the inventive stock woman, because she could no longer sell her fresh poultry and she wanted to do something while she waited for the fuss to die down, and that would be preserves. She equipped herself with an autoclave and a steriliser for jars, and a training course later, Céleste launched her chicken piperade, chicken in jelly and chicken pâté ‘recipes that until now I made for myself at home.’

Success was immediate, and later the range was massively expanded to twenty dishes. Her most successful products? Chicken with onion was introduced to her list in 2004, ‘it is so simple, people are amazed’, guinea fowl salmis (based on Côte de Bordeaux Saint-Macaire, a sweet liqueur like white wine), quail with grapes. ‘Recipes go round and round in my head for a while. Then I make them at home. I will never make a canned dish that I haven’t eaten first’ she specifies, having spent a long time over her chicken casserole, the recipe for which is currently going round in her head.’ Real home-made food, that is what Céleste is promoting, listening to her autoclave at work, and stirring the fifteen or so pots of raspberry jam that she has just left simmering away.

‘I have done what I had to do’
For the third time in an hour, a customer has come to the door of her little farmyard shop. Celeste is always welcoming and friendly, the orders are always ready and carefully lined up in the back of the shop. This is where the farmer plays shop: apart from the poultry and a good range of conserves (her own and those of other producer friends) she also sells her vegetables and fruit. ‘People saw me with my wheelbarrow full of tomatoes, peppers and beans. They started asking for some. Selling fruit and vegetables? She was born to serve her customers!’ says this incredible little woman with the laughing eyes and sing-song accent. And for the person who went back to Portugal for the first time in 1982, and whose Portuguese parents have never returned there, for the woman whose children live close by and are all very involved in the business, there is only one certainty: ‘I did what I had to do. My life is here.’