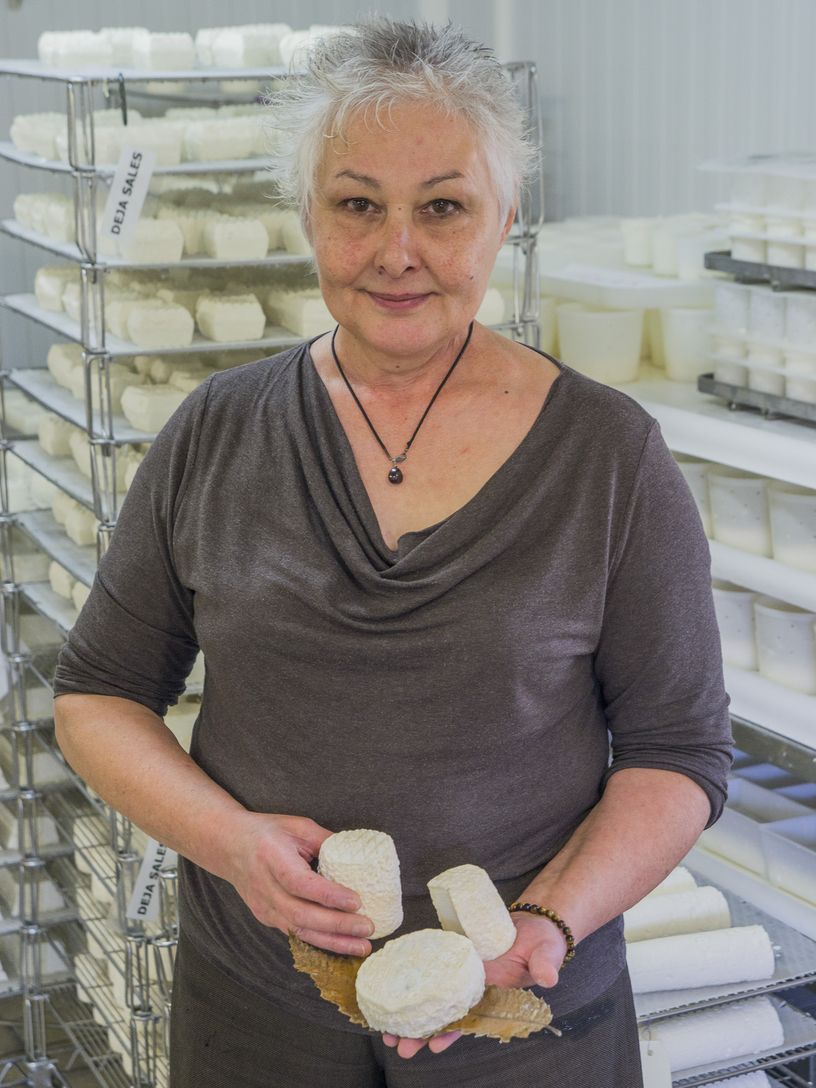 Hello Hélène, the Mothais sur feuille is a cheese with a long Poitevin history…

The milk production, harvesting the chestnut leaves, manufacturing and maturing of the ‘Mothais sur feuille’ cheese take place in the geographical area of ‘Poitou Méridional’ which extends over the area comprising Deux-Sèvres, Vienne, Charente and Vendée.

From the 19th century in Poitou, goat’s milk has been turned into cheese, for home consumption. This cheese is often ‘reserved for peasant farmers’ mealtimes’. The surplus was sold in local markets, and to poultry farmers who collected the whey on the farms to process. Rapidly, the Mothais sur feuille spread to the markets. Little by little, poultry farmers began to buy the freshest cheeses that they ripened themselves. Local goat’s cheese including the Mothais sur feuille, was exported from the region to major towns in expansion. But local farm production remains the guarantee of traditional know-how involved in making Mothais sur feuille.

From the 1970s, some farm producers questioned the way that manufacture of Mothais sur feuille was developing. This industry was rapidly organised by several farm producers, who, in specially adapted premises, transformed the goat’s milk produced on the farm.

What striking feature gives this cheese its particular identity?

The Mothais sur feuille is a soft cheese, with a milky flavour and natural rind, made exclusively with goat’s milk, whole and raw. It is dried and ripened on a sweet chestnut leaf which is imprinted on the inside face of the cheese as it matures.

The rind is wrinkled, and ridged and underdeveloped where the leaf is in contact.

There are points of mould which can be blue, grey-blue, white or red and appear naturally as the cheese matures. The cheese is ivory white, in colour, supple, unctuous, and melting, with a very fine grain. While the leaf plays a ‘technological’ role, it has also become associated with the round form of the cheese the true sign of recognising a Mothais sur feuille.