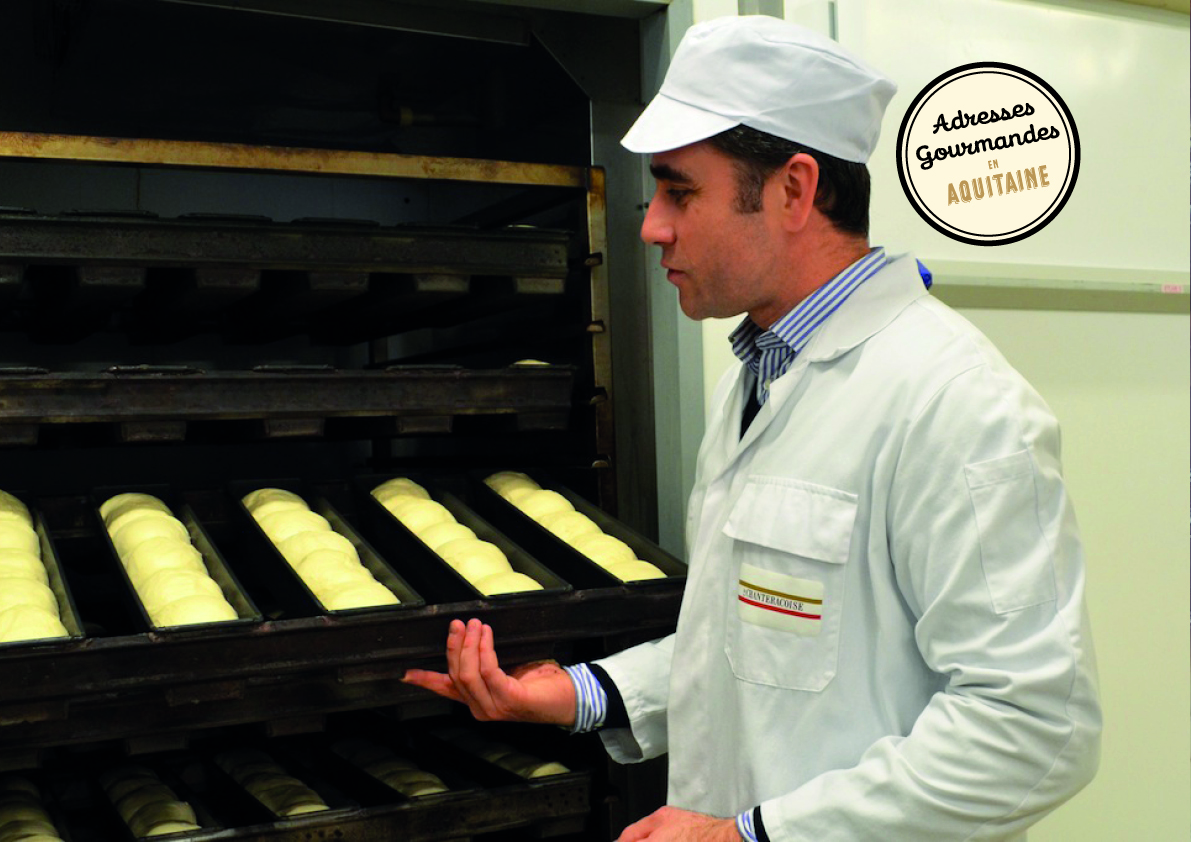 After ten years in different production centres throughout the South West, the young food entrepreneur has realised his dream to start his own business. The right product at the right time: Sylvain Boucher could not resist taking on the last homemade rusk or biscotte factory in France, in his search to start a business. Based on the original recipe, he has developed the La Chantéracoise range. Result: the artisan boutique, hidden away in the Double forest is always full, and he distributes his products all over France.

The adventure began in the 1950s when a baker from the Périgueux installed his bakery in Saint-Germain-du-Salembre specialising in production of rusk known as biscottes, which had great success locally. It was in 2005 when he was about to retire that Jean-Pierre Pommier came across Sylvain Boucher, a 32-year-old entrepreneur in the agrofoods sector.

‘My training and core business is production. In cheese making, biscuits, dairy production, drinks… By opening up to customer relations, in a spirits business, my idea was to take on an enterprise in which i could put my know how to good use in a commercial setting.’

He set three criteria for his choice: a manageable structure at a human level, quality products, and in the great South West. Sylvain Boucher believes in the potential of those Proustian madeleines that bring back memories of childhood and sees the business as a bit of a challenge. Because if in 1970 there were still 300 biscotte bakeries in France, massive distribution has concentrated or eliminated operators to the point where there are only six manufacturers left, five of which are well known. La Chanteracoise, the last traditional producer, was saved and has now progressed to growth of 20 to 30% year on year.

The heir to a real skill and craft
Sylvain Boucher first set about acquiring the know how of his predecessor, so he moved and invested in modern equipment, found new customers and aimed his distribution network further afield, not just baker’s shops but delicatessens and fine food stores, retailers selling home-grown and organic products, and by diversifying the range as well. Already restricted, in 2011, he decided to build a light and airy work shop in fitting with the rural setting of Saint-Germain-du-Salembre, a small village in la Double. The shop opens out to provide a view of the work space and customers can visit the bakery.

‘Consumers want to see how the product is made. There is nothing to hide, everything is out in the open. Children ask about the baking, the adults tend to be more interested in the raw materials. Quality and origin go together. The generation raised on supermarket buying want to go back to something else, pay a few more cents to make them happy’.

The whole dynamic of ‘Consume less, consume better’ has been set in motion, prioritising service. La Chantéracoise welcomes oaches, as part of tourist trips devised in conjunction with the Tourist Office. 16,500 tourists visited the bakery in 2014. The point of sale, which also sells other local products is doing well, and the shop alone accounts for 12% of the business turnover.

Staying with a local market
Of the 30 references in La Chanteracoise, 30% are organically certified. ‘We do not use any colourings or preservatives, or GMOs or palm oil. We obtain our supplies in France and if possible locally with 80 different flours coming from a 25 km radius.’ As well as the original recipe, the team has also finely tuned some other delicacies.

‘Our little trick is to launch a new idea or try something out with the last batch of baking on a Friday. That is how fruit biscottes were produced or the toasts with chocolate chips, the brioche, chocolate orange, and multi-cereal toasts.’

The most memorable failure was the coconut. ‘In fact, when it was toasted, it acquired a very unpleasant bitter taste, no wonder that one bit the dust!’ This summer, the firm set up a game to create the ideal breakfast biscotte. There were two top ideas. ‘For one of these we had it and wondered if it would be liked, the other is quite original. The customer is always right!’ In 2008, the business obtained a prize for innovation for its toasts, which now make up 15% of production and come in several flavours.

From six employees the biscotterie staff has grown to eighteen, with an average age of 31 years and all living locally. The unit is already a bit cramped. Will the business be a victim of its own success and with its growth in volume veer towards the industrial world.? Sylvain Boucher taps out the question which comes back to fundamentals.

‘What is an artisan product? Best quality ingredients and raw materials of course But also hands on manual work. We made this choice for the grilling, the processing and packaging and in the end, it makes a real difference. With smaller volumes than with a machine but retaining the quality intact. Final criterion: we reject the major distribution circuits.’

The results speak for themselves. ‘The business is prospering and everyone is involved, because the employees are interested in the results. We work together, earn and share.’