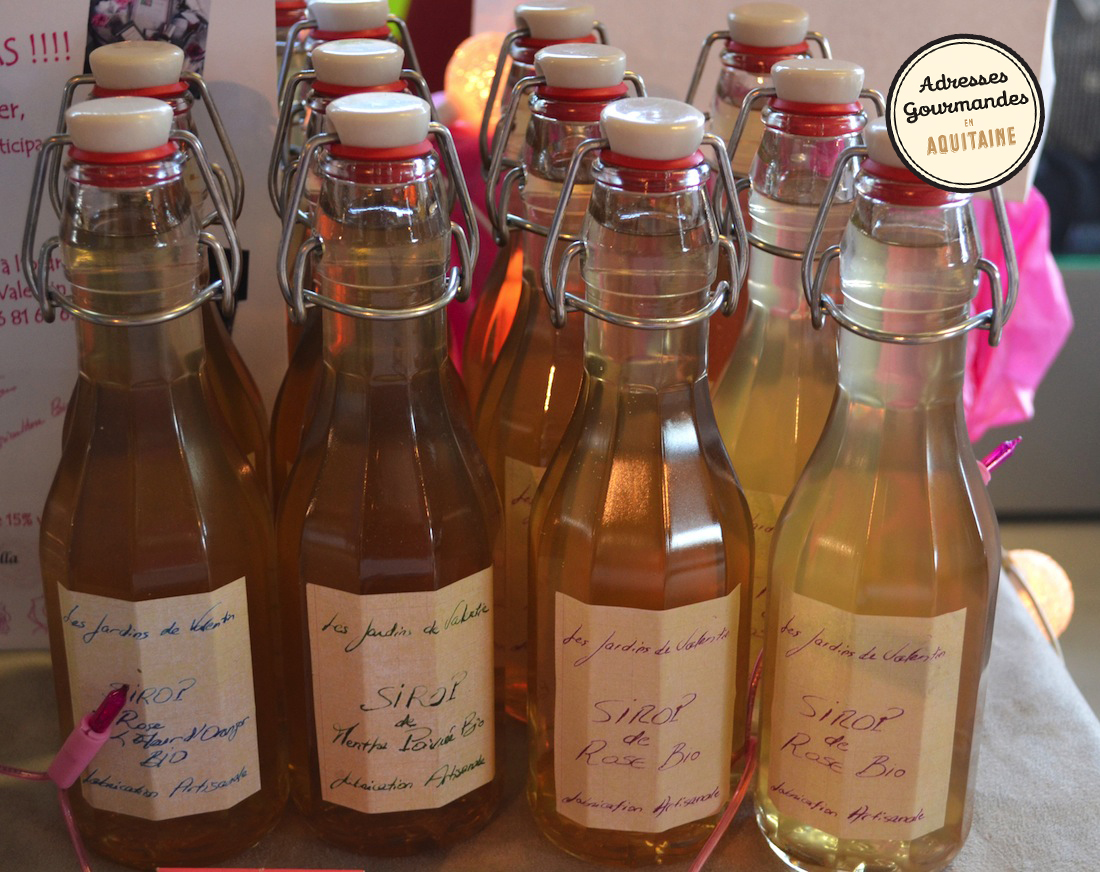 The rosy side of life
By Suzanne Boireau-Tartarat

Monia Clément wanted to start a new life so she could master several lives in one. Trained in marketing, this northern gal worked in the pharmaceutical industry, before arriving in Périgord via Corsica, where she discovered the art of distilling. She took over a traditional farm to convert it to organic farming, with a touch of originality as a bonus: her field of Damask roses in Monestier surrounds her gentle, persevering temperament with fragrance. Her floral waters are used in cosmetics as well as in food.

Her undergraduate degree in Sales with a major in the pharmaceutical industry, first led Monia to the world of cosmetics. A far cry from the organic values that motivate her now. Then she went to Corsica and met producers of aromatic plants: she had just trained to be a beautician and was using their oils to make mixtures for massages. ‘That’s when I learned that the land in Monestier, on the border between the Dordogne and Gironde departments, that belonged to my family, was for sale….’ An 11-hectare farm, including three with vineyards and the rest was grassland.

‘From Corsica, I prepared my project to create a farming business. My fondest dream was about to come true: control the whole transformation process, starting with plant production.’

Monia studied and got a horticultural certificate at the Agricultural School in Périgueux; she was the first one there to have a project for floral waters. ‘I alternated between classes and internships at aromatic plant producers, in the Aude region… With passionate people who taught me the essentials about the field and who still guide me.’ Geographically remote, alone aboard to cover all the jobs, Monia appreciated the bond throughout the long process of setting up business with a ‘young farmer’ status. Agrobio Périgord also gave her support by providing technical training. ‘That’s really important when you set out alone into the unknown!’ In 2009 she started with market gardening and vineyards, until her rootstocks and plants were ready. 2,900 rose bushes were planted in 2010 on one and a half hectares.

Wings clipped in mid-flight
‘The Damask rose is a highly fragrant, ancient species with specific active ingredients.’… that deer were the first to discover, since they partially ate her first harvest. One electric wiring installation later, the 2011 vintage appeared promising. But Monia’s wings were clipped in mid-flight: the mare she was using to work in the rows panicked, reared up and fell back down on top of her. Three pelvic fractures. Eight months out of commission.

‘I got to witness how much solidarity there was between farmers. But I also endured low blows on the behalf of some: the world of agriculture is not tender with a young woman who starts a business, especially organic farming.’

Monia hung in there and resisted. ‘Either you throw in the towel, or you keep at it for yourself and your family.’ At the time of the accident, the harvest and the distillation were done, the production could keep thanks to the active ingredients contained in the plants. No sooner had the young woman than she began pruning and bringing in the next harvest. She got back to work and was faced with financial difficulties. In spite of the aid received, her company was subject to a safeguard procedure that she is still handling with determination, over a ten-year period. ‘Agrobio Périgord and the Confédération paysanne (Farmers Syndicate), which I belong to, helped me a lot. And the ‘Club des enterprises 24’ started a sponsorship of my roses in 2013 to replenish my cash flow.’Since then, she has struggled to get the company back on its feet on a day-to-day basis, without ever forgetting about her two kids, Valentin et Lolla. ‘After cosmetics, I wanted to develop a line of food products. I met the starred chef at Château des Vigiers, in Monestier, who helped me to develop a rose jelly, that I want to enrich with a semi-sweet white wine. Served with foie gras or goat’s cheese, it’s outstanding.’ And rose syrup is ideal in cocktails. Quite simply with a sparkling wine, or in more complex combinations. With her friend David Quasimodo, who sold his restaurant in Bergerac to share Monia’s organic adventure, they’re thinking about a rose nougat, rose marshmallows and a rose liqueur, all using macerated roses.

A socially and politically committed woman
The ten or so products in the ‘Douceurs de Lolla’ range are available at Biocoop, Vie Claire and independent shops, as well as fairs and markets, and on her website. Thanks to her classes at the School of Fine Arts in Cambrai, when she wanted to become a designer, Monia has completely redesigned the packaging, logo and labels. Due to tourism, she has gone back to learning English. ‘I’ve acquired the technical vocabulary to explain the basics about my know-how.’ Now she is ready for her project of a shop on the farm, where she hopes to develop group tours, by getting the farm on the Tourist Office’s circuit.

Monia also wants to continue her commitment to ‘Europe Ecologie les Verts’, the environmental movement she represented in the departmental elections in 2015. ‘It wasn’t in my career plan, but it was exciting.’ She continues to live all her lives intensely wrapped up in one – farmer, laboratory assistant, designer, salesperson, accountant and public relations… ‘Being a farmer leaves you no choice, you have to be good at everything.’