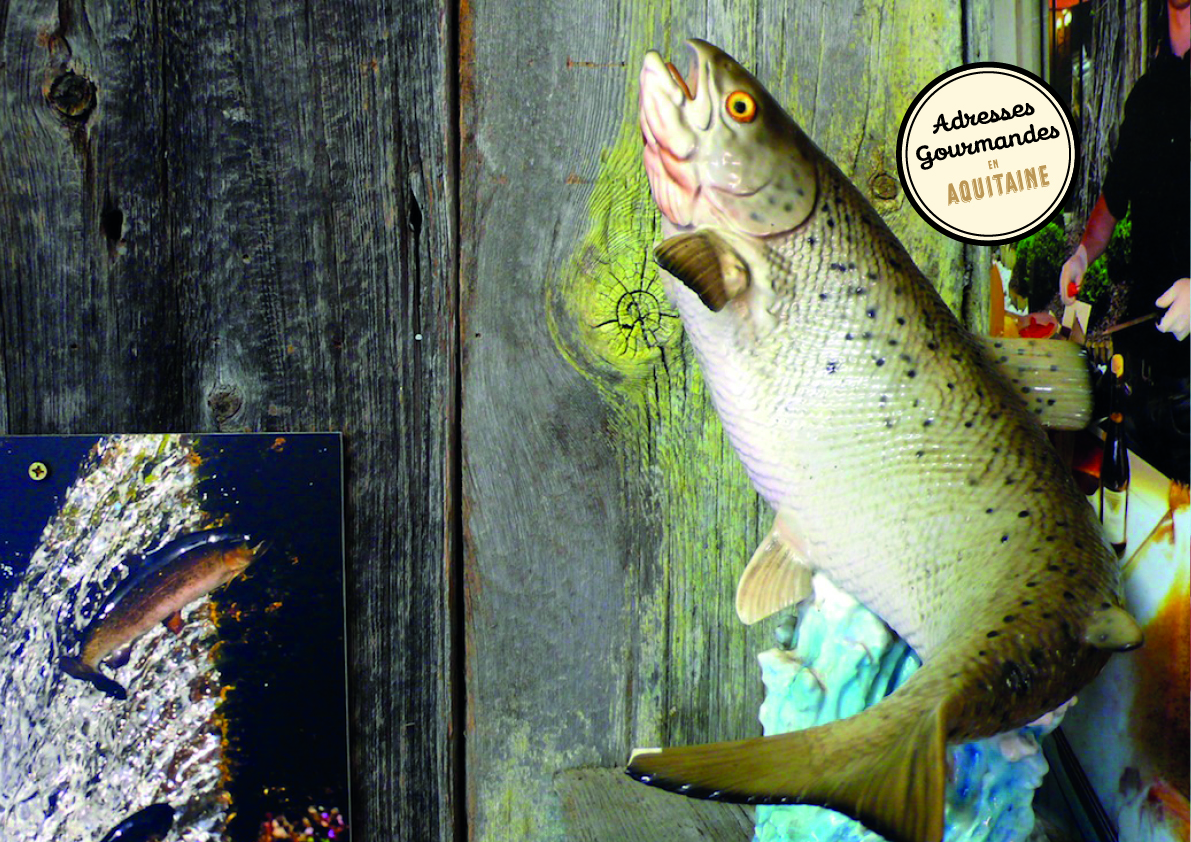 We’ll spare you the extremely long list of starred chefs who cook Banka trout. The creature can reach up to 5 kilos after four and a half years in water as transparent as its oxygen content is outstanding. Over the past 50 years, the Goicoechea family has continued improving the model and more aficionados keep coming. A journey in the waters of a fish raised in the open.

For people who know the man’s face, the picture of Alain Ducasse in the middle of the shop surrounded by the whole Goicoechea family won’t go unnoticed. After the popularity of salmon from all over the place, and especially from troubled waters, chefs rushed to a fish of a totally different reputation and found it in the village of Banca, population: 336, not counting the trout, 5 kilometres from the Spanish border.

A winding road as it ought to be in the Pyrénées, a hairpin curve at the top and a climb down into the valley where the fish farm is nestled. We’re greeted by Peio, Michel’s son, himself Jean-Baptiste’s son, the son of the god of brilliant handymen or of Saint Victorian, the patron saint of shopkeepers. There are sometimes people like that who have the duende, the baraka, who like taking risks and have a sense of time and the world.

When Jean-Baptiste fled Franco’s henchmen and ended up selling Spanish ceramics with his second-hand van, he already had a sense for trout, as fishing and hunting enthusiast and, back then, out of pure necessity. How did he come across this piece of land for sale that had a spring, named Arpéa, that fed the Banka mill? We don’t really know.

The fact remains that he bought it with something in mind: fish farming. Remember it was 1967 and that the guy must have really come across as the village fool. From oxygenated water to oversized trout, there’s not just a fathom, and Jean-Baptiste, who has no known engineering degree, built with his own hands a series of terraced pools using the natural slope of the land.

Still today, many professionals visit the facility to get inspiration and humbly admit that, for a novice, the sophistication of the system is astonishing. The baby trout starts its life in one of the airy, sunny apartments at the top and four and a half years later end up all the way at the bottom, ready to be vacuum packed. That’s one of the keys to quality that Peio points out. ‘Trout are extremely sensitive to their living space. At the slightest case of overpopulation, disease develops and is passed on, so that’s one of the key points for breeding quality.’

So his father Michel inherited this perfect facility, but not the tools to develop it commercially. Since, as Peio explained, ‘back then,when he went to see chefs to sell them trout, most of them didn’t even meet him, the product seemed a bit lower class and doesn’t inspire gourmets. People preferred salmon or seafood. But my father spent a lot of his time fighting, all over Europe and he managed to keep the company afloat.’

Peio realises that a tour of the facility always wins over any sceptics or unconvinced visitors. They have to see it to understand, and taste it to be convinced. Peio’s role as a tour guide is now represented by a figure: No fewer than 45,000 people a year come through the former mills and not just for a stroll – they come to visit a full-fledged educational area set up in 2010 that delight of young and old alike.

But what is most delightful is obviously the taste of the fish, due, of course, to the quality of the water, as well as to the organic food made up of shellfish and insects, a mixture produced in Brittany, three times more expensive than processed flour, but which, after four years really ‘beefs up’ the taste, although that’s obviously not a very aquacultural way to put it.

As the tours continues, it feels like the place has reached a certain saturation point. Peio agrees. ‘Now, we’ve got Chinese visitors coming to us to help them produce the equivalent of Banka trout in China! But we don’t want to develop the company that way. However, we have worked with the best tanners who work for Vuitton or Hermès and for that matter, both firms came to see us to manufacture handbags, wallets, and various other products made from trout skin. The end result, with rainbow or albino trout, is wonderful. In the end, we have them made and we market them ourselves.’

The Goicoechea family isn’t afraid of anything and is still inventing, Jean-Baptiste and his saints must be proud.