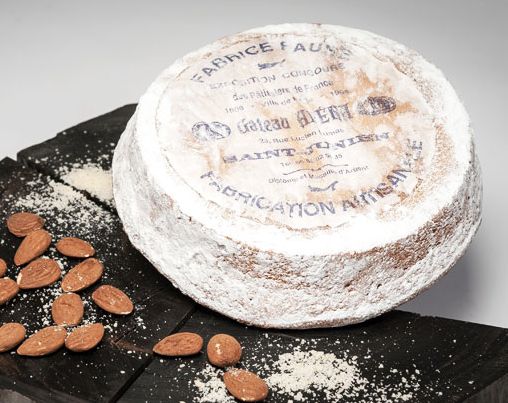 When to find it? All year round
Contact Pâtisserie Faure
23 rue Lucien Dumas
87200 Saint-Junien

Aréna is a cake originating from the city of Saint-Junien in Haute Vienne. It is round with a golden colour. It is made in individual portions or as a 500g cake for 6 people. It is made from egg whites, almonds, starch or rice flour, butter, caster sugar and icing sugar, not forgetting a glug of kirsch. The amounts of the ingredients which make up this cake remain a secret.

Aréna is the name of a pastry dynasty that was established in Rochechouart and its surroundings in the second half of the 19th century. In 1908, Paul Aréna moved to Saint-Junien. The son of Paulin Aréna presented his cake at a large national pastry competition with the name Neva. It won 1st price and was then renamed Aréna cake.