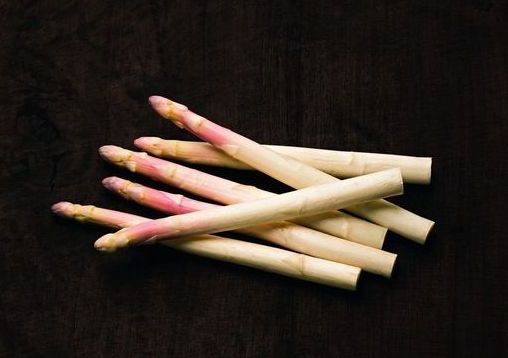 Available on markets in the Blayais region or in Bordeaux and during the annual asparagus festival in Etauliers in April.

Produced in small family farms in the north of the Gironde and nearby the famous estuary, this white or purple headed asparagus can be harvested as of the end of February right up until the end of the month of May. Oddly enough, almost all the ‘Asperges du Blayais’ asparagus growers in the area are winegrowers! The black sands, incredibly rich in humus, from which this asparagus derives its taste give this exceptional product a sweet taste, a tenderness, a melt-in-the-mouth tip and a unique deliciousness. The annual production of the ‘Asperge du Blayais’ asparagus still accounts for around 800 tonnes, mainly sold direct and in short supply chains.