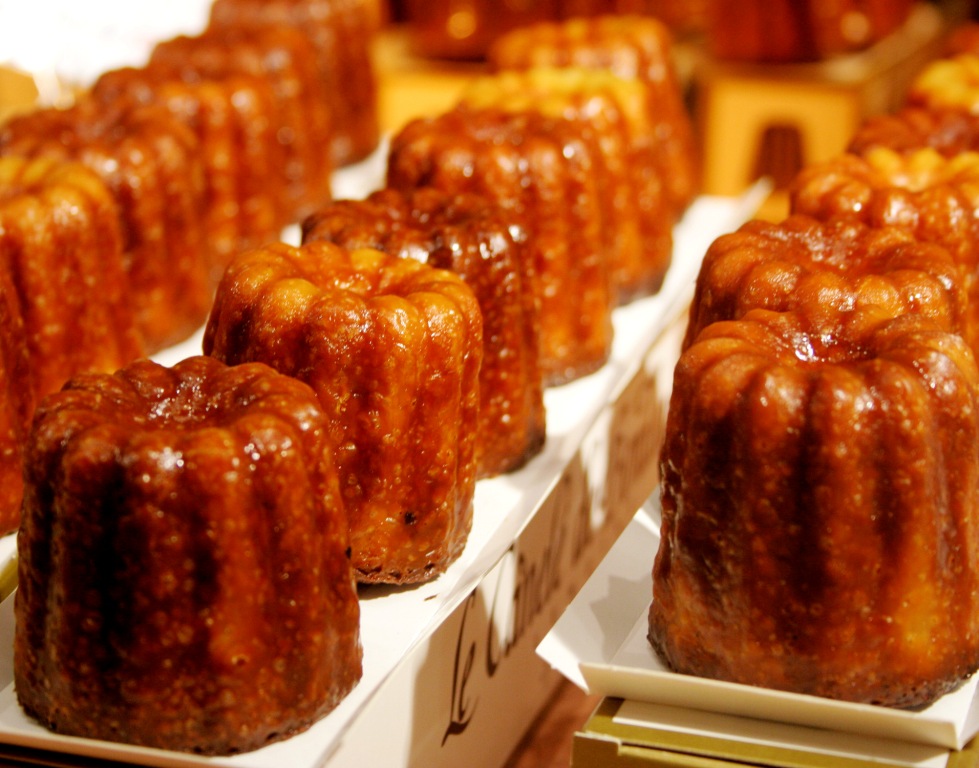 Several companies make the canelé and it is sold in 3 sizes which accompany coffee or lunch. It comes in the above or classic shape, which would be served for dessert. You can find canelés at markets, in supermarkets or even at the different companies and pastry workshops which make them.

When to find it? All year round
Contact Maison Baillardran
Site internet : http://www.baillardran.com

The pleasantry of eating a canelé at the end of a meal or when enjoying a coffee comes from Bordeaux. Crunchy and caramelised on the outside, it has a soft centre full of flavours that stem from Bordeaux’s economic history including vanilla, rum and orange blossom, depending on the recipe. The origin of the canelé, which has been subjected to a multitude of various interpretations and stories, remains vague. Nevertheless, it is believed that its creation has a link with wine binding practices. When winemakers used to use egg whites to bind their wine, the leftover yolks were then used to make canelés. Although the recipe is simple, the art of cooking this little cake takes its secrets from the timeless copper mould which gives it its special texture. Originally spelled with two ‘N’, in 1985 the Canelé association gave it its current spelling by dropping off the second ‘N’.