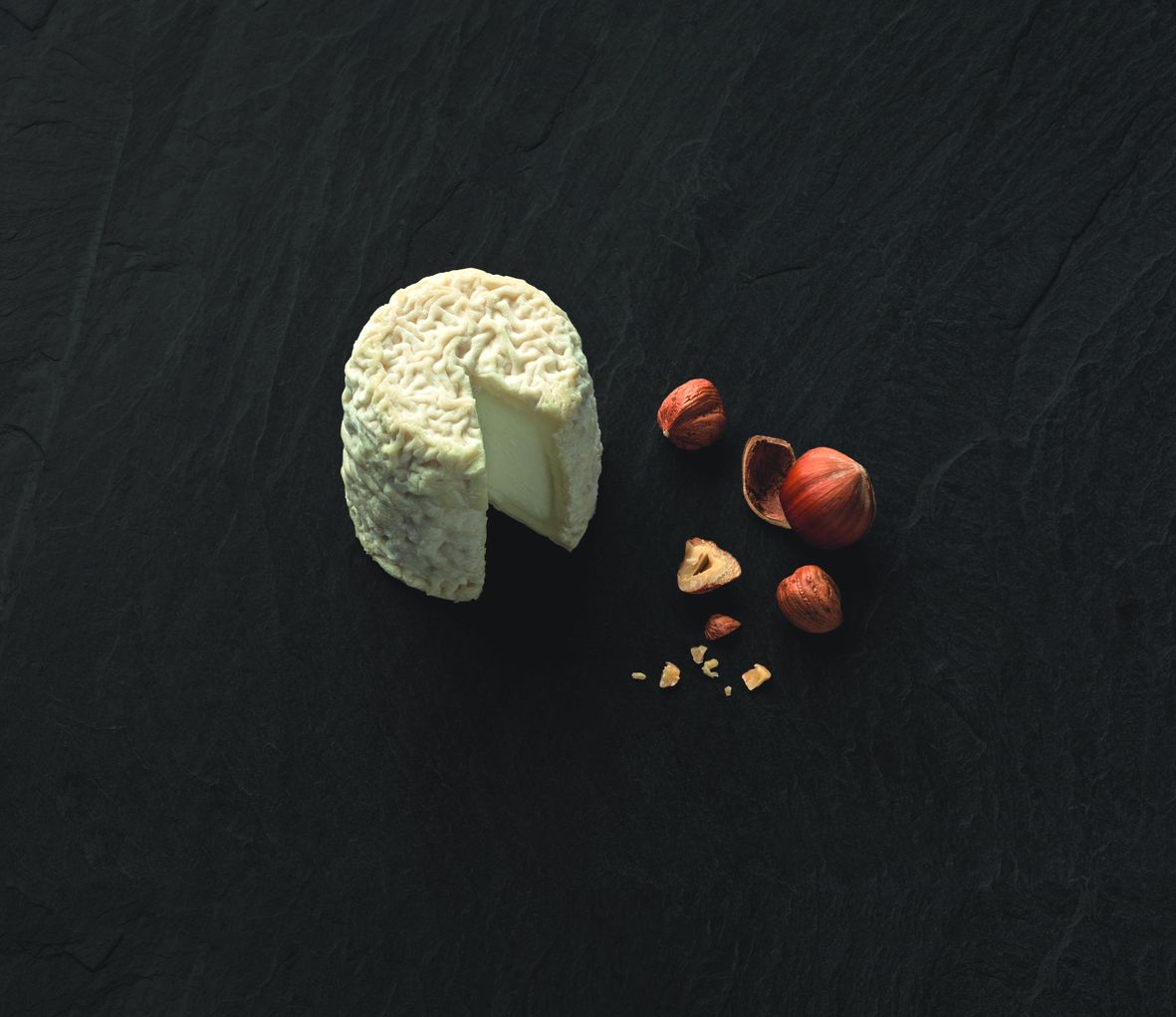 Available in all stores

According to legend, the origins of goat herds in Poitou-Charentes is linked to the Saracens in the region in the 8th century. Arrested at the gates of Poitiers by Charles Martel in 732, they later settled in the region and thus introduced goats to the Picto-Charentes landscape. Since 1990, Chabichou du Poitou has held an Appellation d’Origine Contrôlée (A.O.C) in France and was registered as an Appellation d’Origine Protégée (A.O.P) at a European level in 1996.
This traditional Deux-Sèvres cheese, from Vienne and several municipalities in the North of Charente (an exclusive limestone area of Haut-Poitou) is made with whole and unpasteurised goat’s milk. It is moulded with a ladle and its truncated cone shape with a small ‘plug’ is easily recognisable. This is a non-pressed, non-cooked soft cheese which matures within a minimum of 10 days following renneting.

Its thin crust has superficial white, yellow and blue markings. It is firm with a smooth and delicate texture. It has a moderate yet persistent goat’s cheese flavour with a bitter and salty edge, and, at times, notes of dried fruit.