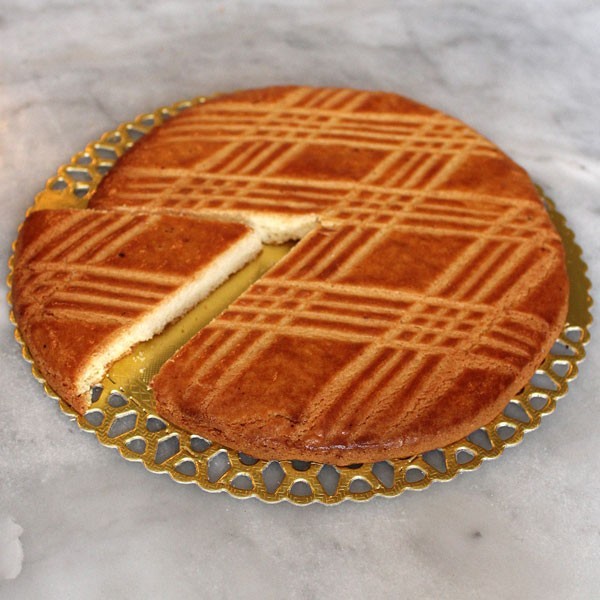 In both Poitou and Charentes, the galette used to be the most common cake and was served at every celebratory family occasion. As Faideau stated in the 1930s: ‘Our regional cake (in Aunis and Saintonge) made the mistake of not having a special name, it is the ‘assembly cake’ made of dry, sugary pastry, sometimes flavoured with pieces of angelica, for fairs, weddings, baptisms or communions’.

Very quick to make, the galette was often made in a rush when visitors arrived. It is served warm, accompanied by a coffee, glass of white wine or
a glass of Pineau des Charentes. It goes by several names: butter galette, Beurlay galette and galene Goulebenéze. It is made and eaten in Charentes. It is different from its German cousins, Surgères cake and broyé du Poitou due to its softer texture which comes from the large amount of Charentes-Poitou butter used.