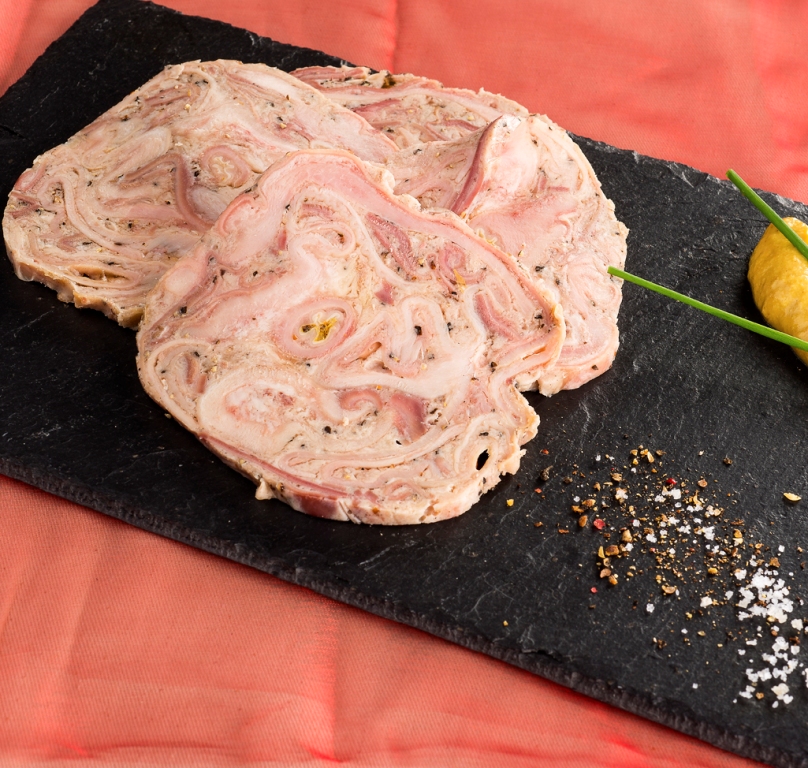 You can buy your grenier médocain in both a pork butcher’s and a supermarket.

A type of charcuterie originating from Médoc, the grenier médocain is made from only one ingredient: pork belly. Once the fat has been removed and the pork has been washed and seasoned, it is then rolled into a ball and sewn up. After being cooked in court bouillon, the grenier médocain is ready to eat. The name of this charcuterie comes from inside Gironde, originating from the fact that the Médoc was once considered to be the granary of Bordeaux. Furthermore, Médoc wines didn’t used to be as well reputed as they are today and families had to own one or two pigs who would eat the vines. The grenier médocain therefore became a snack for wine-growing farmers and was frequently served during grape harvests.