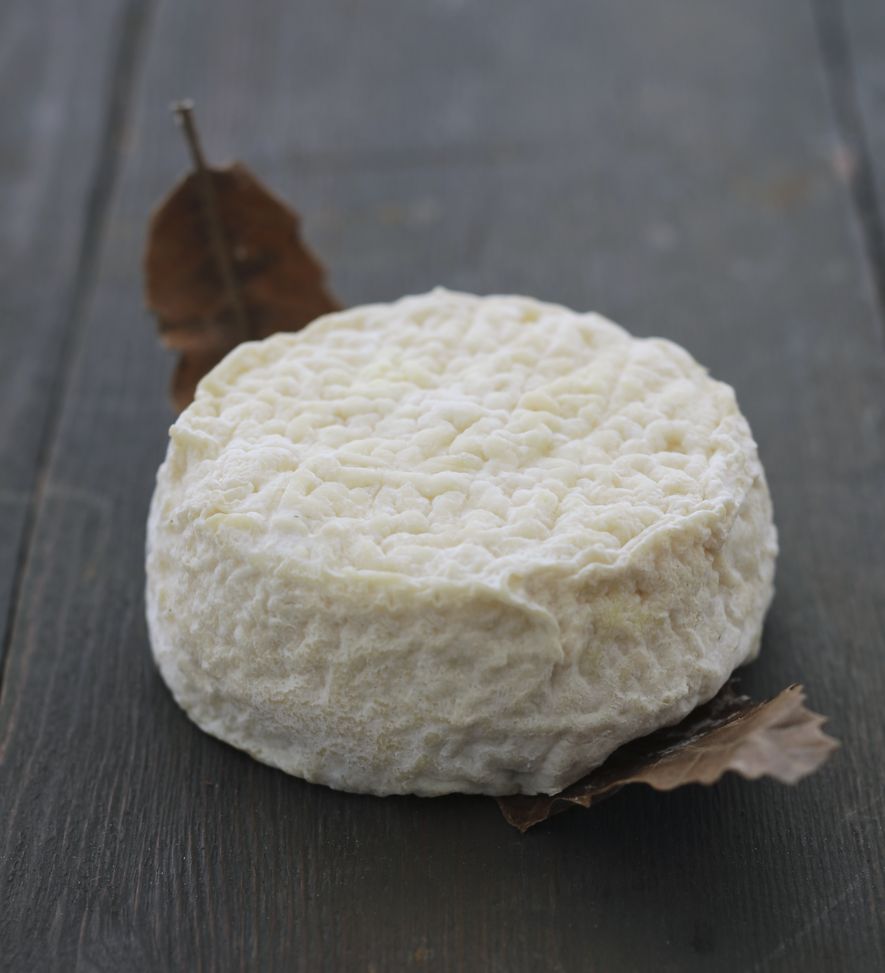 In cheese shops, on markets and directly from farm producers.

Mothais sur Feuille is a soft cheese with a natural rind, made exclusively with fresh whole unpasteurised goat’s milk. It is dried and ripened on a chestnut or plane tree leaf which is inscribed on the underside of the cheese during ripening.

The cheese is refined, creamy and reveals a sweet flavour on tasting. During ripening on the leaf, Mothais develops animal notes, sometimes enhanced with woody, plant and dried fruit aromas.

It takes its name from the town of La Mothe St Héray in Deux-Sèvres where it first appeared in the 1840s. Since then it has been produced in all of Deux-Sèvres, the south of Vienne, the north of Charente and Charente-Maritime.

In 2002; a union was set up to protect this cheese under A.O.C. specifications. A file submitted to the I.N.A.O is currently under examination.