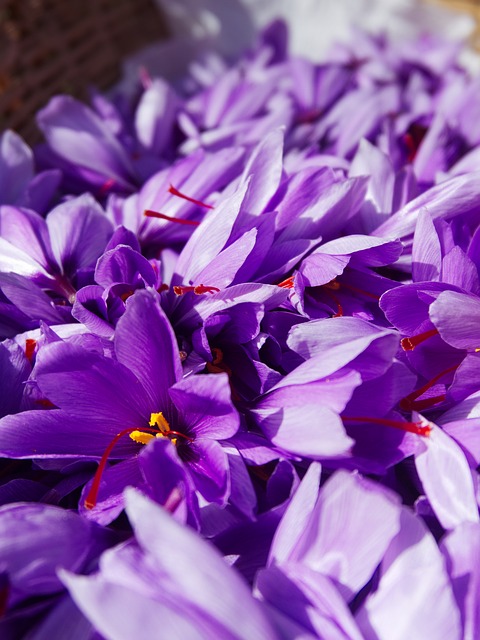 Sold directly on line and on some markets.

Saffron is a spice extracted from the Crocus sativus flower. Highly prized since the antiquity historical period, it was in full production right up to the revolution. It was after discovering bulbs in several gardens at the end of the 20th century that the idea came about to reinstate production.

Le Safran de Bordeaux is a trademark registered by Mr Jean-Noël Pelette for his production of saffron in Ambarès-et-Lagrave and is a fine example of this revival.

In Poitou-Charentes; fifteen saffron producers, mainly based in Charente and Charente-Maritime, have joined forces to form the ‘Association De Safraniers de Poitou-Charentes’.

Other saffron producers exist in Gironde, Périgord as well as Béarn and Lot-et-Garonne.