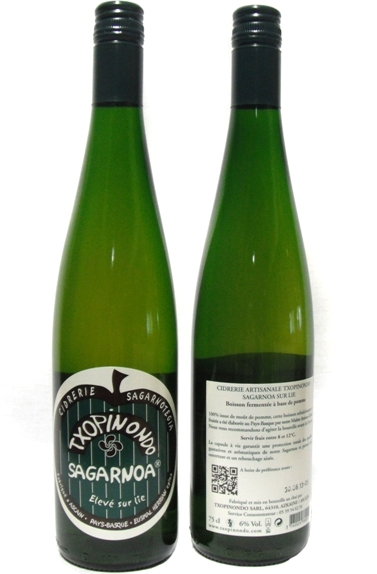 You can buy Basque cider in local gourmet delicatessens, as well as from cider works or even online. Sagarno is also available at markets and certain supermarkets.

A traditional Basque Country drink, cider is an alcoholic beverage made by fermenting apple juice. The first written records relating to the existence of cider date back to the 12th century, when pilgrims travelling the Camino de Santiago were surprised by the importance placed on apples and cider. Many discussions and legends say it has a lifelong existence of several millennia. Basque cider is also called ‘sagarno’ when means ‘apple wine’ in Basque. Cider is present in the Basque Country because apple trees are used to mark out fields and estates. The fruit from these ‘natural fences’ were then used to make the cider. As well as apple trees, wild cherry trees were also used for enclosures.

Sagarno is fermented during the winter and can be drunk from May throughout the summer. It is delicious when served cold. It can also be found at other times of the year. If you would like to sample sagarno in a traditional setting, you should take part in ‘txotx’, a ceremony which takes place in February to celebrate the new cider. People visit cider works and gather around the barrels to taste it.