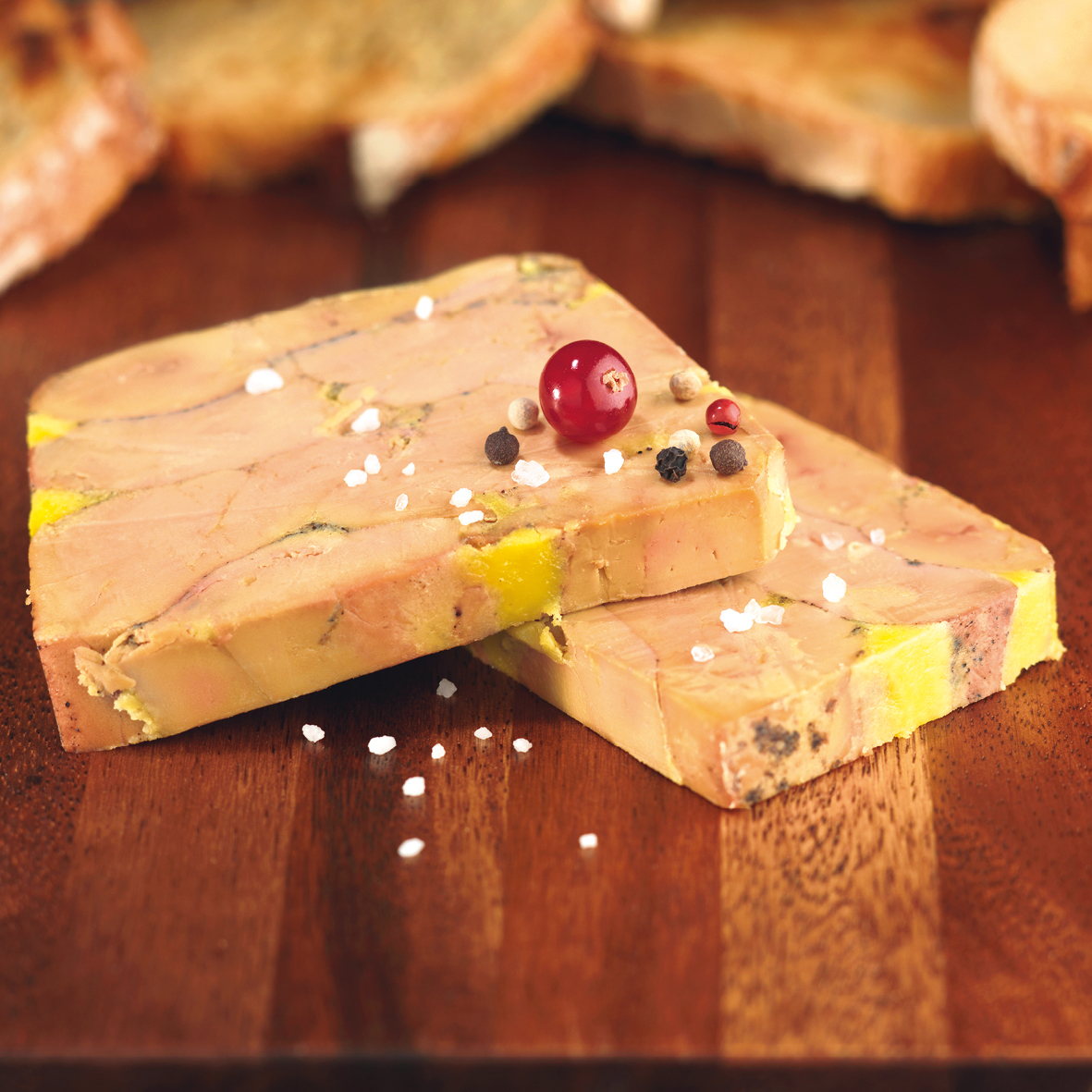 In supermarkets but also from producer, artisan and canner shops, as well as high-end delicatessens.

In addition to foie gras, duck breast fillet and preserves, the Protected Geographical Indication (P.G.I.) applies to all products which come from ducks that are raised, force-fed, slaughtered and cooked in the South-West: thigh, aiguillette, heart, manchon and gizzard. A true celebration of flavour is guaranteed in the South-West!

Having become a jewel of French gastronomy, foie gras is an integral part of this country’s culinary and cultural heritage. South-West duck foie gras has benefited from European protection since the year 2000: the Protected Geographical Indication (P.G.I.). It is traditionally eaten as a cold starter, most often during celebratory meals (New Year’s Eve dinner, for example).

It can also be eaten warm, alone (fried foie gras escalope) or as an ingredient in a more complex recipe (tournedos Rossini, sauce périgourdine). When serving a whole foie gras, this is eaten with a knife and fork (like a piece of meat). It is most often accompanied by a dessert wine, such as Sauternes.