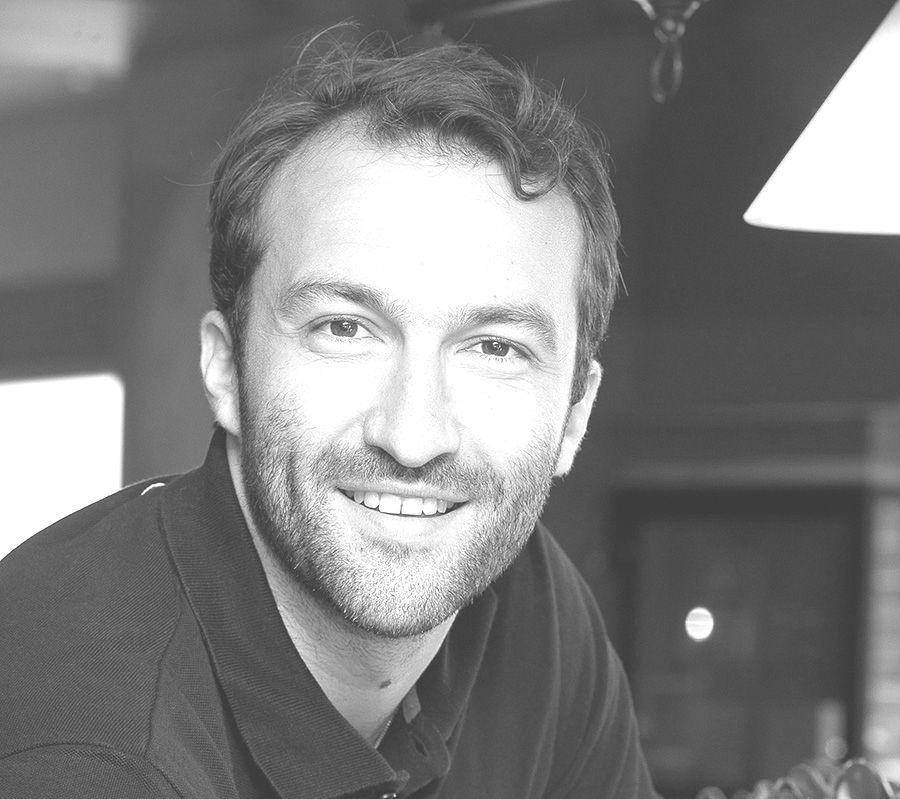 Cédric and the Basque Country: a love affair that started at the Hôtel du Palais in Biarritz with Jean-Marie Gauthier who he joined at the end of his studies in 1996. Cédric then left for the Hôtel de Crillon in Paris. However, he made a promise to himself to return to the Basque Country, given how much he held the values of this region dear. The opportunity to work for Alain Ducasse cropped up, and Cédric Béchade joined the team for the opening of the three-star restaurant on the Avenue Raymond Poincaré. He then followed Ducasse to the Plaza Athénée where he was a sous chef to Jean-François Piège for four years before becoming head chef in turn at the restaurant La Cour Jardin. Let’s not forget the year he spent in the kitchens of the Elysée palace during his military service.

After four years searching for a property, Cédric, true to his Basque Country, unearthed and fell head over heels for the Auberge Basque in Helbarron in the commune of Saint-Pée-sur-Nivelle. He bought this ‘Etxe’(meaning home in Basque) in March 2006 and set about renovating it and undertaking incredible work to make this place the contemporary inn of his dreams.