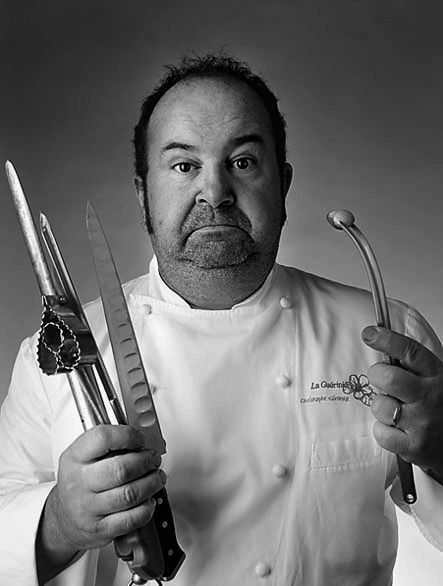 Christophe Girardot’s cooking is creative and local, generous and full of rediscovered flavours! It’s a return to authenticity, an ode to the beautiful products that meets his current aspirations.

After having worked alongside prestigious chefs, including Michel Guérard, his work at the La Table de Montesquieu in La Brède earned the restaurant its first Michelin star. From 2014 to 2018, he worked as a chef in La Guérinière (Gujan-Mestras). He wrote the books Petits produits… grande cuisine and Cuisine bordelaise, les grands classiques chahutés published by Éditions Sud Ouest.