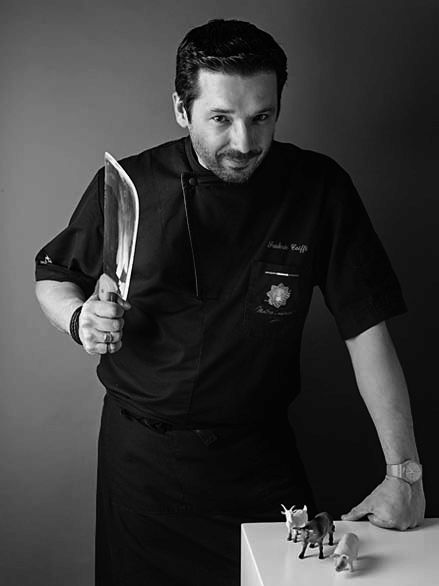 He became a chef after having spent time in top restaurants with Michelin-starred chefs, including Richard Coutanceau in La Rochelle and Alain Ducasse in Paris. Originally from La Rochelle, Frédéric has called Bordeaux home for the last ten years now. Former Executive Chef at the Pullman Bordeaux Aquitania hotel, he created the concept of ‘live food’ in 2007 in which cooking is filmed live and projected on a flatscreen TV in the dining area. In 2008, he was crowned ‘Maître Cuisinier de France’ and ranked third in the Bocuse d’or France competition in 2010.

Frédéric Coiffé is also a member of the French food lover’s alliance AFAMES (Alliance des Friands Amateurs de Mets Epicuriens et Savoureux), a group of chefs from the Gironde who share the same passion for the cuisine of the south-west of France. 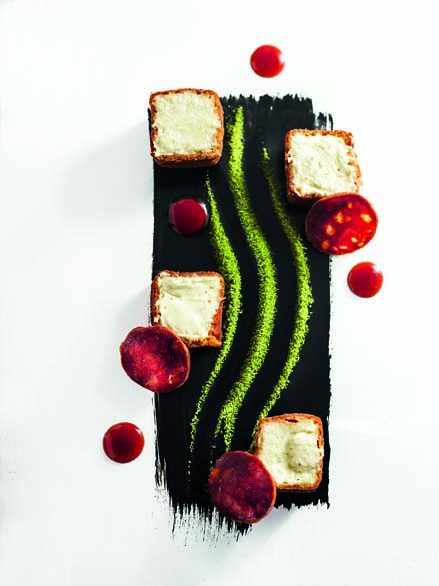 Crunchy Ossau-Iraty Cheese Fritters with Fresh Herbs and Chorizo
4 pers.
40 minutes
40 minutes
€ € €
FOR YOUR HEALTH, PRACTICE REGULAR PHYSICAL ACTIVITY. www.mangerbouger.fr
The AANA's website uses cookies in order to compile statistics on visits. By continuing to browse this site, you agree to its use. To find out more, set up or object to these cookies, see legal notices.
I agree