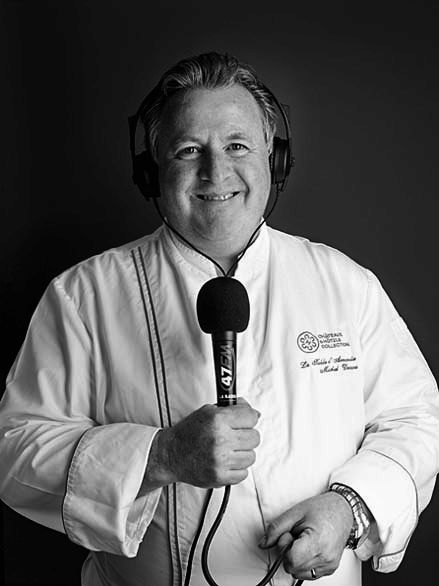 Son of farmers in the Landes, Michel Dussau studied under Alain Ducasse at the Louis XV in Monaco for five years. He first held the position of head chef at 27 years of age, at the Château de Mercuès in the Lot where his work was rewarded with a Clef d’Or by Gault-Millau and one Michelin star in 1995. Having always been keen to tackle new projects, Dussau purchased Le Pont Napoléon in Moissac in 1996, a hotel and restaurant that he ran with his wife for ten years. In 2006, he set a new course, creating La Table d’Armandie in Agen with the Agen SUA rugby union club. It was a new concept of bistronomy which up until then was unknown outside of the capital and has been reproduced ever since.