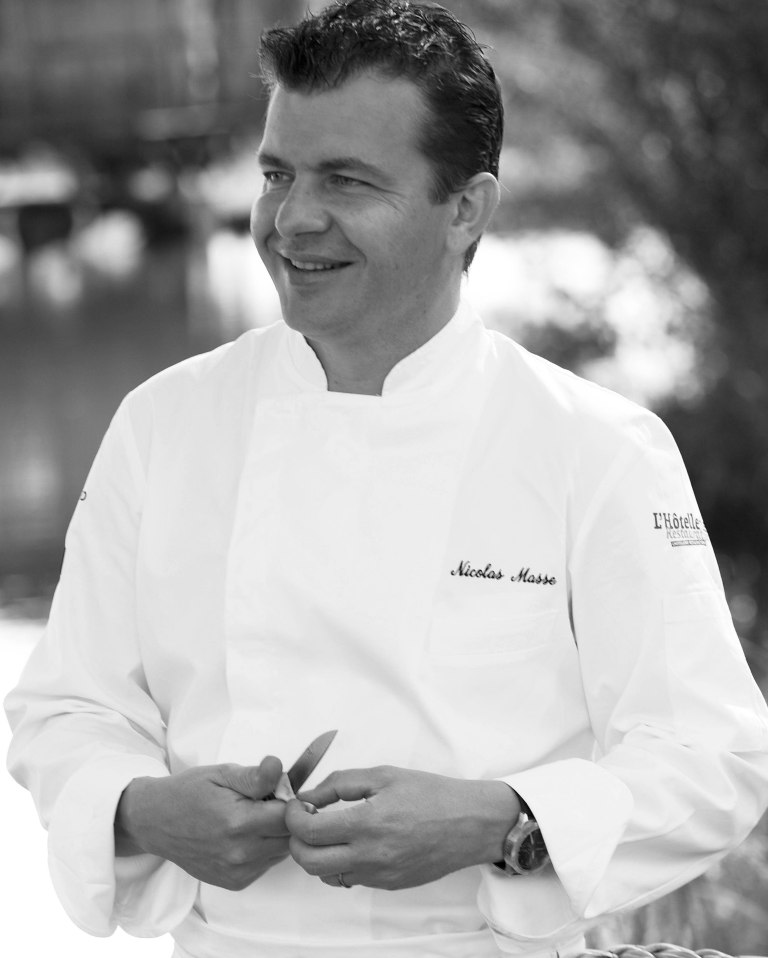 The gourmet restaurant La Grand’Vigne in the Sources de Caudalie hotel spa was awarded two stars by the Michelin Guide, thus rewarding the work by the chef Nicolas Masse, who arrived in July 2009 to lead the restaurant located in the very heart of the Graves vineyards.

Using the culinary riches of the region, this food buff prepares dishes that combine seafood and local produce from the land brilliantly. The story behind the products is reproduced in his dishes through a subtle play on cooking and the use of ingredients that offers guests a medley of flavours. Nicolas Masse, head chef at La Grand’Vigne, proposes a mix of audacity and sincerity to reproduce the best of the Aquitaine region in ‘chic country’ cooking.

Originally from Cherbourg, Nicolas Masse got his first professional experience in Normandie. His career in prestigious establishments including The Landmark London, La Villa Belrose in the Var region alongside Martin Berasategui, and Le Rosewood in the Grand Hôtel of Saint Jean de Luz, have helped him to express his creativity and develop his own style. He is also back on the road to Michelin stars.