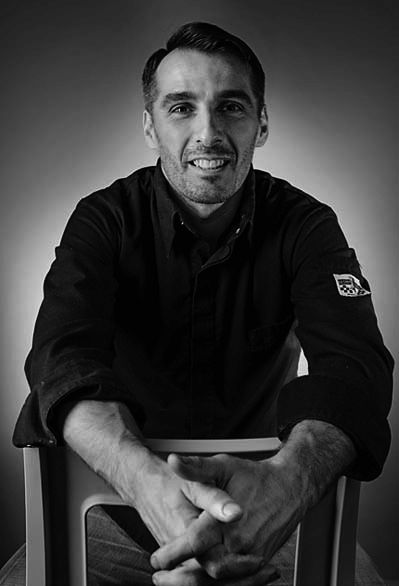 At the head of the C’Yusha restaurant, Pierrick Célibert was trained by the biggest names in French cuisine: Michel Guérard, Bernard Loiseau, Alain Ducasse, Jean-Pierre Xiradakis and Jacques Cagna.

The secret of his cuisine: his respect for products, seasons and a good deal of creativity, as well as a special relationship with his suppliers.

Even though the region is at the heart of his work, he tries to experiment with textures and tastes. His trips around the world allowed him to incorporate the influences of cuisines from around the world into his cooking. However, he also draws inspiration from everyday life to reinvent his dishes. For example, his daughter’s Rubik’s Cube was the inspiration behind the ‘Rubik’s Cube of duck foie gras and beetroot.’