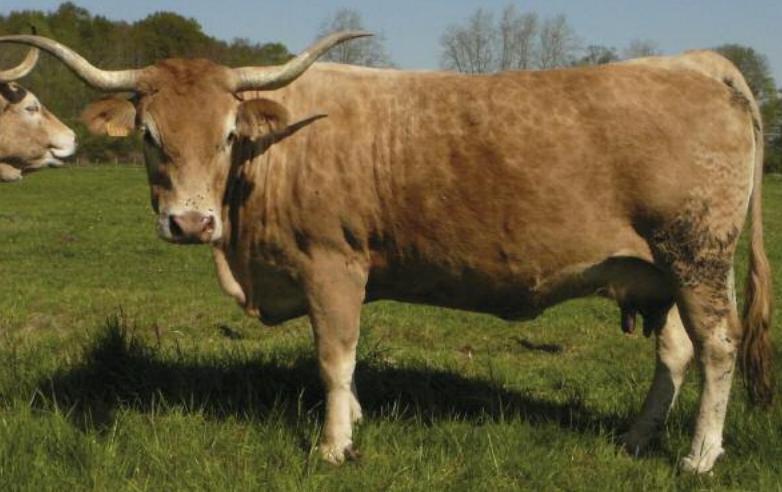 (c) Institut de l'Elevage
Where to find this product?

Due to its continuously precarious situation, the Bearnaise cow is no longer subject to widespread commercialisation. However, farmers do sell veal. Bearnaise veal produces very tender meat and an excellent flavour. Some cows are also sold at butcher’s. Mainly through direct sales, you will be able to procure a Bearnaise by visiting butcher’s in the covered marketplaces of Orlon-Sainte-Marie.

Endowed with a hardened character and magnificent red coat with golden flecks, this cow, previously known as the Pyrenean Blonde, has successfully won the hearts of the Bearnaise people; so much so that it has now become symbolic to them. Agile and adapted to the mountains, the Bearnaise has large horns which allows it to defend itself against its natural predator: bears.

A truly ancient breed, the Bearnaise has always lived in the pyrénées. However, its population has declined dangerously since the 20th century due to the arrival of other much more productive breeds. From 360,000 cows in 1937 to 200,000 in 1962, only 120 specimens remained in 1978. Bearnaise farmers therefore focused on this breed in order to preserve one of their symbolic cows. Nowadays, around fifty farmers are working to repopulate the Bearnaise cow. The livestock population is growing and there are now over 200 individuals.