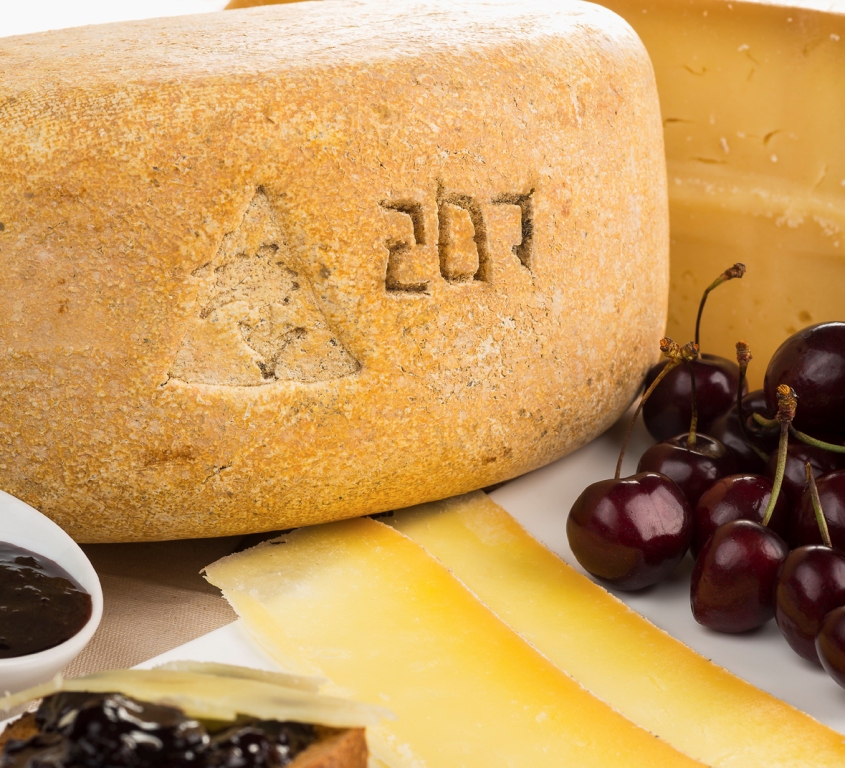 Sold direct and on some markets. List of producers available on the website of the Association des Eleveurs Transhumants des 3 Vallées.

Each year, in June, when the warm weather arrives, 140 shepherds and their flocks migrate to the richer pastures of the high mountains of Ossau, Aspe and Barétous, known as the Estives. The herdsmen and their livestock settle for three months at 900 to 2500m above sea level. Ewes, cows and goats graze there, producing exceptional milk, with sun kissed accents and notes of liquorice and thyme.

The shepherds, in their isolated pastoral huts continue to use techniques passed down from their ancestors, milking by hand in the outdoors. They then produce round golden tomme cheeses with outstanding rich aromas.

When man and beast later return from the mountains, the cheeses continue to slowly mature in humid cellars, undergoing regular turning and ripening rubs. Over several months, they gradually develop dried fruit, floral and animal notes, typical of Estive cheeses.

From autumn, cheese lovers in the know can finally experience this exceptional cheese produced in the summer pastures of the Ossau, Aspe and Barétous three valleys. The most important feature of Estive cheese is that it is produced in pastoral areas managed collectively and located in the high mountains. These pastures are only used for feeding herds. They are maintained by cattle, strimming and scorching. They are only fertilised by cattle. Production is exclusively during the summer months and the production method is based on traditional savoir-faire defined in the product specifications.

For more information about Estive cheeses, check out the website fairelamontagne.tv7.com with a web-based documentary by Sonia Moumen.