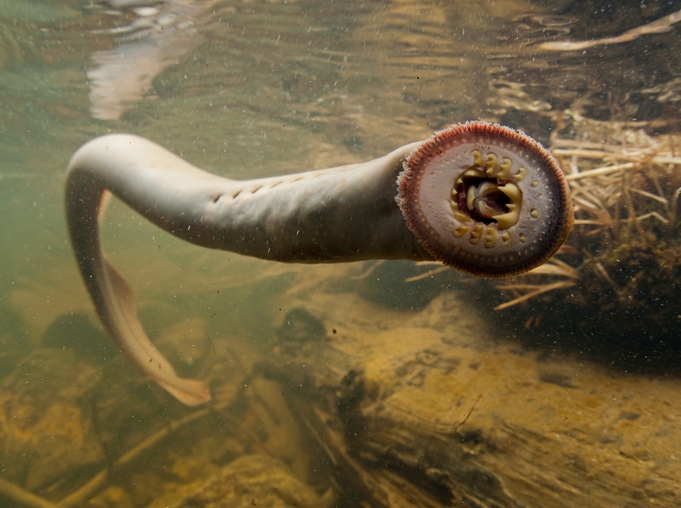 (c) AADPPED 33
Where to find this product?

About fifty fishermen continue the lamprey fishing industry. Lamprey can be found on some markets but the best can be bought directly from the fishermen. The Confrérie de la Lamproie, (the Lamprey Brotherhood in Sainte-Terre) as well as the Fete de la Lamproie (the Lamprey festival in Sainte-Terre too) are also good opportunities to discover this traditional produce. Lamprey is also fished in the Adour. Lamprey may be sold fresh in fishmongers and on markets but it is most commonly sold as a conserve.

Fossils of lamprey dating back more than 530 million years have been found. Lamprey, an ancient species with no bones nor vertebrae is the cause of great confusion among authors who do not know whether they should consider it to be a fish, or not. Don’t be fooled by its mouth full of teeth arranged in a circle which serves as a suction cup to suck the blood of other fish or simply to hang on rocks to fight against the current.

Although lamprey is present in all the Atlantic coastal rivers, it is mainly fished in Aquitaine and more particularly in the Gironde Estuary and along the Dordogne. Lamprey is traditionally served in Bordeaux with baraganas (local wild leek) and red wine; all cooked with the lamprey blood collected beforehand during the bleeding process.