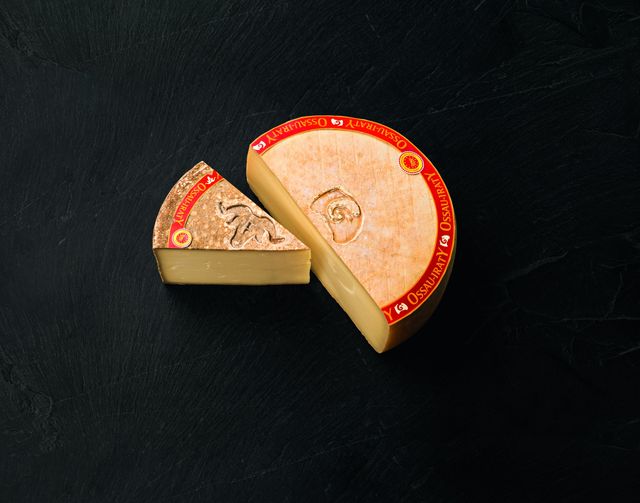 In supermarkets, on markets and from cheese shops throughout the region. Discover the Ossau-Iraty cheese rout at http://www.ossau-iraty.fr/la-route-du-fromage-ossau-iraty

Ossau-Iraty cheese is a traditional cheese from Béarn and Basque made from ewe’s milk. Production is carried out during the winter and spring and may continue into summer for some of the cheeses. It’s the only A.O.P. cheese producer from the pyrénées. It is a so-called ‘ageing’ cheese (with a long ripening period), and it can be stored for a long time. If it is whole, it can be stored in a suitable place for several weeks, without deteriorating at all. If sliced, simply wrap it with cling film or a damp cloth and store in a cool place.

It is best taken out of the fridge at least 1 hour before eating so it is served at room temperature. During the summer livestock migration, shepherds in the High Basque and Béarn valleys also produce ‘summer’ cheeses with traditional flavours.

It is produced and sold by several players in the industry, offering a rich and comprehensive range of Ossau-Iraty ‘crus’.