Salt and Rock salt from the Île de Ré 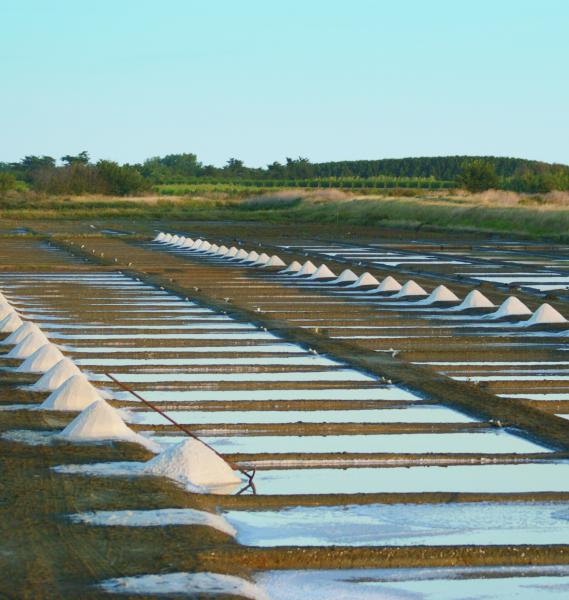 In large supermarkets and on markets.

The first salt marshes on the Ile de Ré were created in the 12th and 13th centuries, instigated by the Religious of Saint Michael en l’Herm, then lords of the Iles d’Ars and Loix. As the archives were destroyed during the religious wars, the first traces of the marshes officially date back to the last quarter of the 15th century.

The salt marshes were reclaimed from the sea by a containment system that traps alluvial and silt deposits. These areas continued to expand up to the 19th century reaching around 1,500 hectares of salt production area taken back from the sea, representing 18% of the island’s surface area.

Salt and rock salt from Ile de Ré is a sea salt harvested manually, by evaporating sea water. These products are entirely natural with no additives or processing used.

Today, independent and cooperative salt workers have come together to establish a common specification defining production methods and quality standards to support a request for IGP recognition for salt and rock salt.