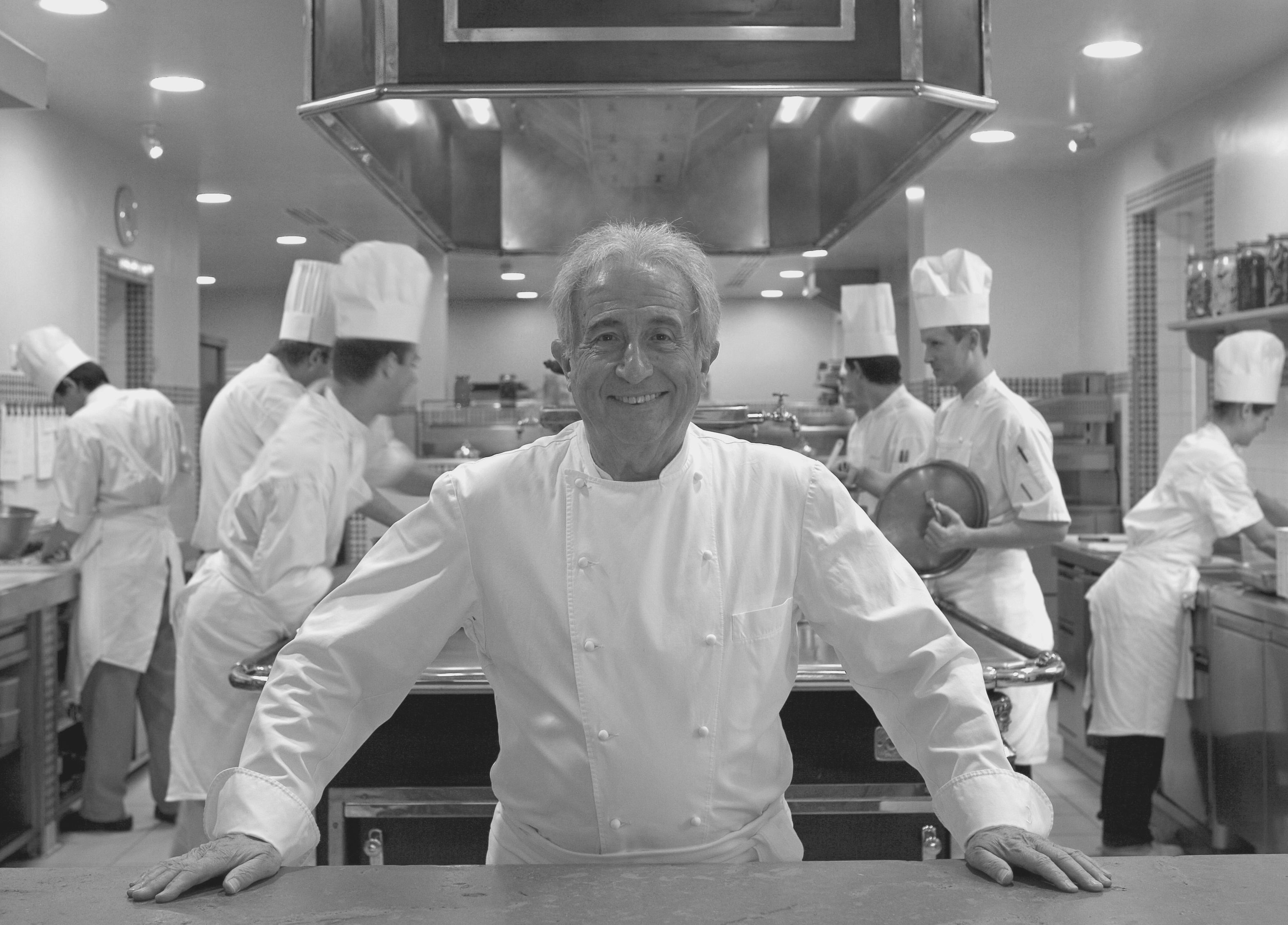 Michel Guérard started his career as master pastry chef and, in 1958 at 25 years of age, he was named Meilleur Ouvrier de France (M.O.F. in pastry).

In 1965, he established the Pot-au-feu restaurant in Asnières-sur-Seine. The restaurant very quickly became a huge success and became a must for Parisian gastronomy where politicians, artists, journalists, French and foreign visitors vied to get a table.

Guérard is considered one of the founding fathers of the French culinary movement, a precursor in the whole world, of ‘French Nouvelle Cuisine’.

The Près d’Eugénie and Guérard’s universe

In 1974, he joined his wife Christine Barthélémy in Eugénie-les-Bains, a spa village in the Landes. Taking the needs of his new customers into account, Michel Guérard created the Great Slimming Cuisine® in 1975. In parallel, in 1974, his obtained his first star for his Great Gourmet Cuisine served at the Prés d’Eugénie, followed by a second in 1975 and his third in 1977. Both more liberated and closer to the products from the Landes, he is always setting into motion and continues to create a light cuisine that is full of life. These taste innovations have inspired the greats.

In 2010, Michel Guérard was invited to speak by Professors Hercberg and Basdevant at the symposium held to finalise the third phase of the French national health and nutrition plan (PNNS) for 2011-2015.