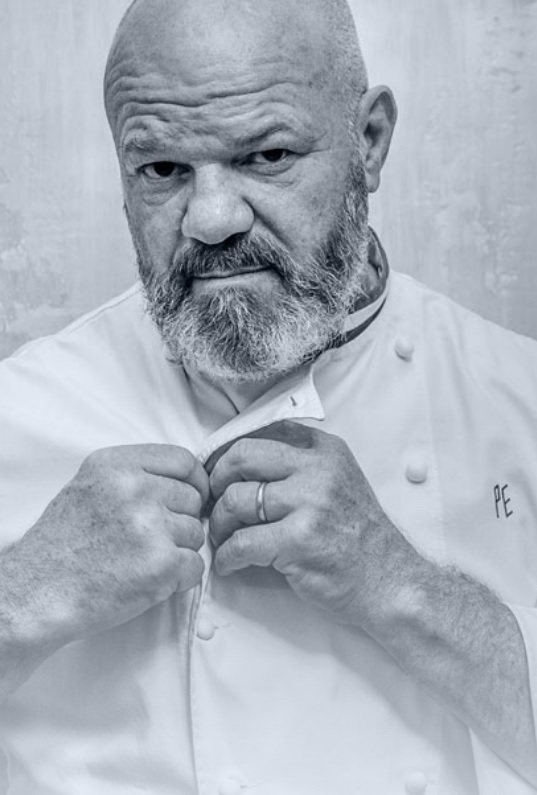 Philippe Etchebest is a chef with flawless technique. A creative chef, talented in both sweet and savoury dishes. He knows how to work with the best products of the Nouvelle-Aquitaine by giving some a freshness and lightness that you wouldn’t expect to find.

Philippe Etchebest obtained the highly coveted title of Meilleur Ouvrier de France in cooking in 2000. The Michelin guide awarded him his second star in 2008. He’s a chef well known in cooking circles, but not just… He’s an accomplished sportsman who also played rugby and took part in boxing for many years. He also knows how to share his professional experience and uses his ability to adapt to help restaurant owners who are in trouble in the TV programme Cauchemar en cuisine (the French equivalent of Ramsay’s Kitchen Nightmares) on M6. He is a presenter for Objectif Top Chef, a TV programme in which he searches for young cooking talent. He is also a judge on the TV programme Top Chef on M6. 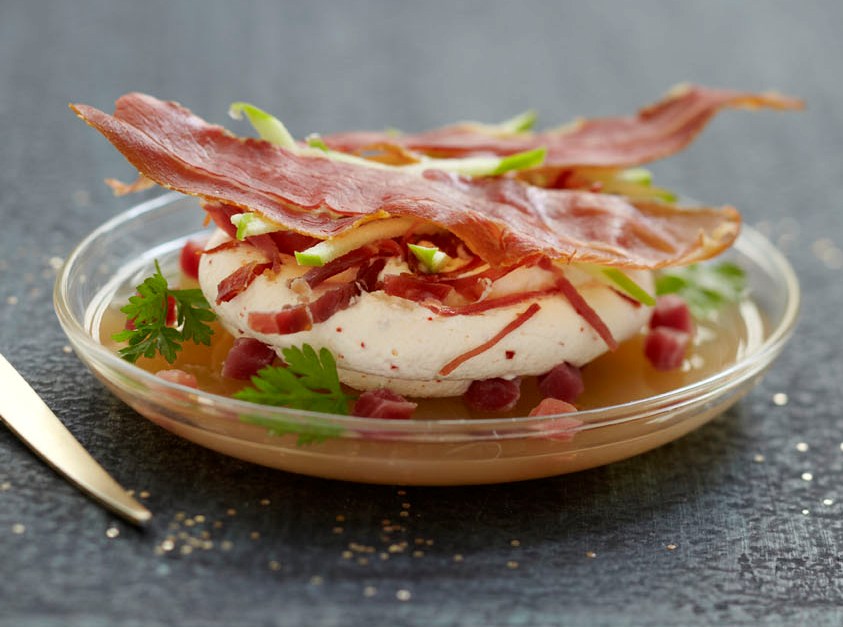 Bayonne Ham Crisp and Cream, Green Apple Jelly
10 pers.
1hr 30 minutes
A few minutes then refrigeration time: 1 hour
€ € €
FOR YOUR HEALTH, PRACTICE REGULAR PHYSICAL ACTIVITY. www.mangerbouger.fr
The AANA's website uses cookies in order to compile statistics on visits. By continuing to browse this site, you agree to its use. To find out more, set up or object to these cookies, see legal notices.
I agree