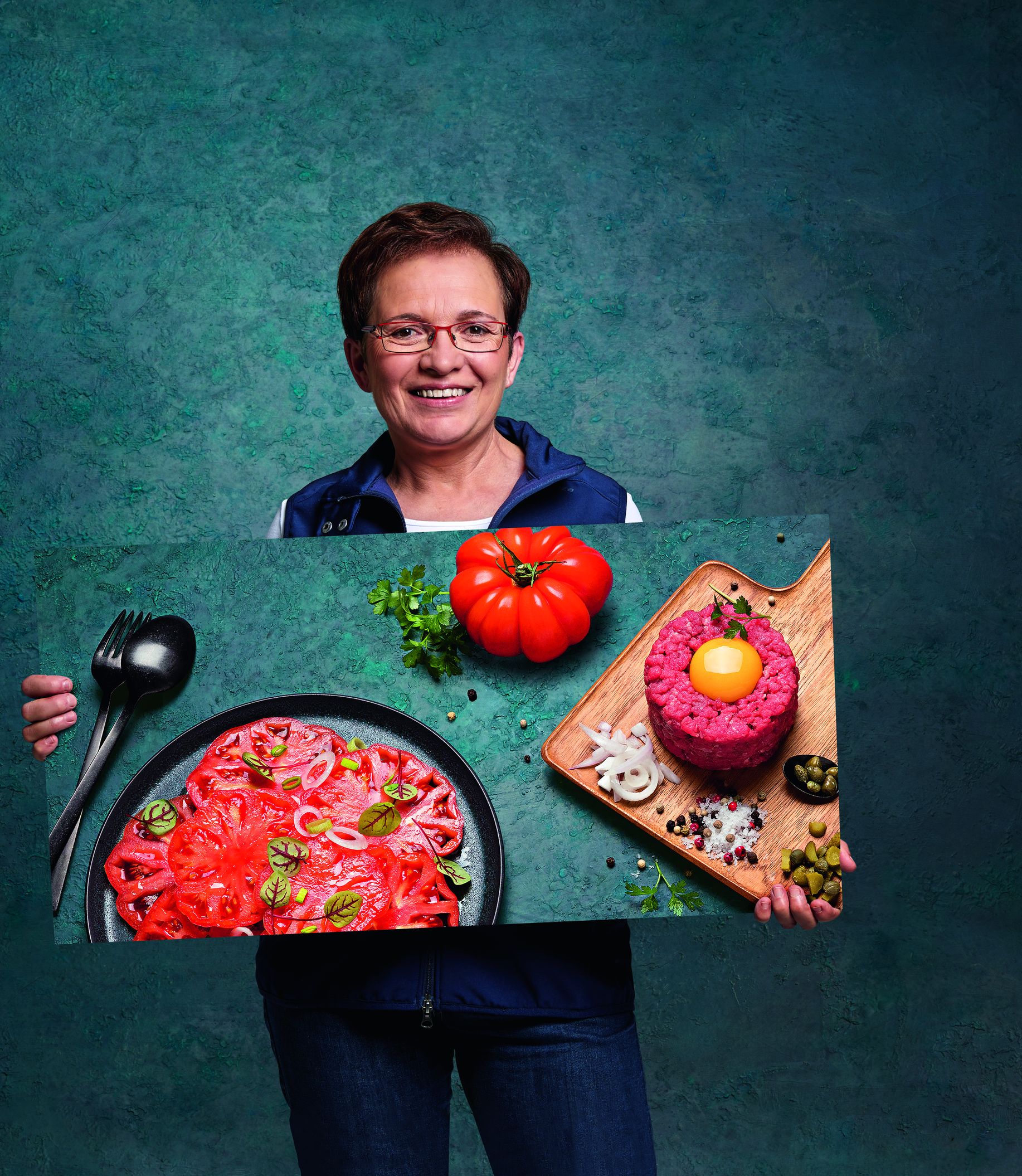 [More information about the Marmande tomato]

Check out Danièle’s interview below out for the 2018 edition of the recipe booklet on products from the Nouvelle-Aquitaine region.

Hi Danièle, tell us the history behind this famous Marmande tomato.

It’s a product that is symbolic of the Lot-et-Garonne and the Marmande region, the Marmande tomato has been produced on our land since the 16th century through the many exchanges between the Lot-et-Garonne and Italy. However, it was at the end of the 19th century that the production of Marmande tomatoes really took off, with the phylloxera crisis in 1863 which devastated vines and forced farmers to produce tomatoes to sustain agriculture in the department.

Cradled by a favourable climate and land, the production of tomatoes has gone from strength to strength and now extends across a large swathe of land right across the valleys of the Garonne, the Lot, the Dropt and the Dordogne. Today, the industry represents several hundreds of tomato producers and some initiatives have been taken since 2017 to create a cooperative of producers and processors.

The ultimate aim is twofold to: